In recent years, those communities have seen young people leave in large numbers, causing the populations of rural areas to shrink. As their populations decrease and are made up mostly of older people, the communities themselves are facing a sustainability challenge.

That is a problem for our industry. Young people in rural communities represent the industry’s future. If the sustainability of rural communities is threatened, how sustainable are the fishing and fish processing sectors? Without enough people to fish or process the catch, the industry will have a big problem.

It is not a new problem. It is already acute in the lobster processing sector, which has been struggling to attract enough people to process increasing catches over the past decade. But it is a growing problem in other parts of the industry, as well. For several years now, fewer people have been available each year to work on fishing boats or in fish plants.

Demographic data tells us the problem is going to get even worse. The average age of the workforce is increasing year over year. And deaths outnumber births in all four of the Atlantic provinces. 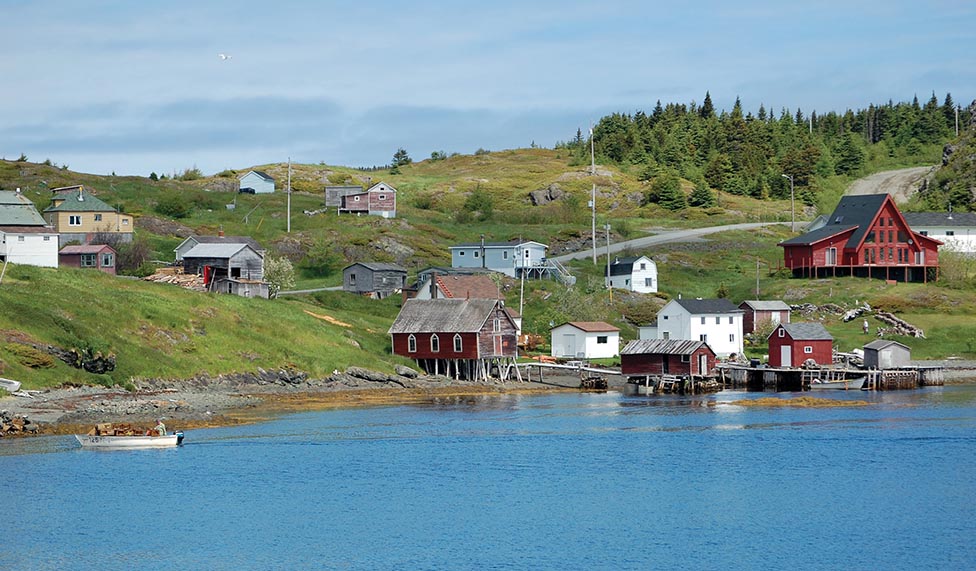 When will we reach a tipping point, where there won’t be enough people to carry on?

It is hard to say exactly when but that may happen in the foreseeable future. Most of the baby boomers will have left the industry in less than 10 years.

The large cohort of baby boomers who came into the industry decades ago are retiring and they cannot be replaced in equal numbers, because there aren’t as many people in the younger generations to replace them. Every employer is facing the same challenge and those who offer the best deal will attract the people they need, while others will lose out.

The fishery is struggling to compete because it offers somewhat uncertain seasonal employment, often at low wages, supplemented by employment insurance. Young people don’t find that attractive, so they are leaving their home communities in droves to live in urban areas or even in other provinces, so they can have greater certainty, year-round employment, higher incomes and better lifestyles.

It is not an easy problem to solve.

We have to start thinking about it and come up with solutions before it is too late. Some thinking has already been done and we can learn from it.

In November 2012, the Government of Nova Scotia appointed the Commission on Building our New Economy.

It was concerned that, among other things, the province had an aging workforce and in the future, there would not be enough people working to support the provincial economy and allow the government to provide the public services that would be needed.

The Commission, chaired by Ray Ivany, then President of Acadia University, issued its report in February 2014 — nearly six years ago.

In the foreword of the report, the commissioners said, “The evidence is convincing that Nova Scotia hovers now on the brink of an extended period of decline. Two interdependent factors — an aging and shrinking population and very low rates of economic growth — mean that our economy today is barely able to support our current standards of living and public services and will be much less so going forward unless we can reverse current trends.”

More specifically, the report went on to say that, “improving productivity and competitiveness in our foundational rural industries — tourism, agriculture, fisheries, forestry, mining and manufacturing — is essential if we are to build a stronger trade economy for the province as a whole.”  It also said that, in those industries, “too many enterprises have not kept pace with their competitive environments.”

The report went on to say, “Geographic and economic realities dictate that Nova Scotia’s rural communities, like rural areas everywhere, will continue to rely heavily on sectors like tourism, forestry, fisheries and agriculture, and on production from renewable and non-renewable natural resources.  It is not a question of whether we will continue to depend on these industries — we have no choice — but rather, whether we can pursue them in new ways to add significant value to our products and reach higher value markets.

Achieving greater success will depend on finding markets where we can get the highest value for our best and most unique products, and then continuously innovating and adjusting as market conditions change. It is also critical that we understand and take advantage of international value chains through which to combine our productive capacities and resources with partners in other places who can provide complementary inputs, new capital investment and improved market access.

In future, as in the past, the traditional rural industries — tourism, manufacturing, mining, fisheries, forestry and agriculture — will provide the essential foundations for Nova Scotia’s rural economy. The basic viability of many of our rural communities hinges on whether these sectors can create more and better jobs and generate more wealth.

For many years, the highest public policy priority for these sectors has been simply to maintain jobs in rural communities. But today we find that many business operators are insufficiently profitable to support the investments in product quality, plant productivity, worker training and market expansion that are needed to maintain and grow market share. In some sectors, it is increasingly difficult to find local workers to take the low-wage and seasonal jobs many employers offer. As a result, young people are leaving rural communities, other countries are out-competing us in the marketplace, and the province is not realizing the full value of our asset base. These business models need to be revised if the province and our rural communities are to escape the current pattern of weak economic growth and population decline.” 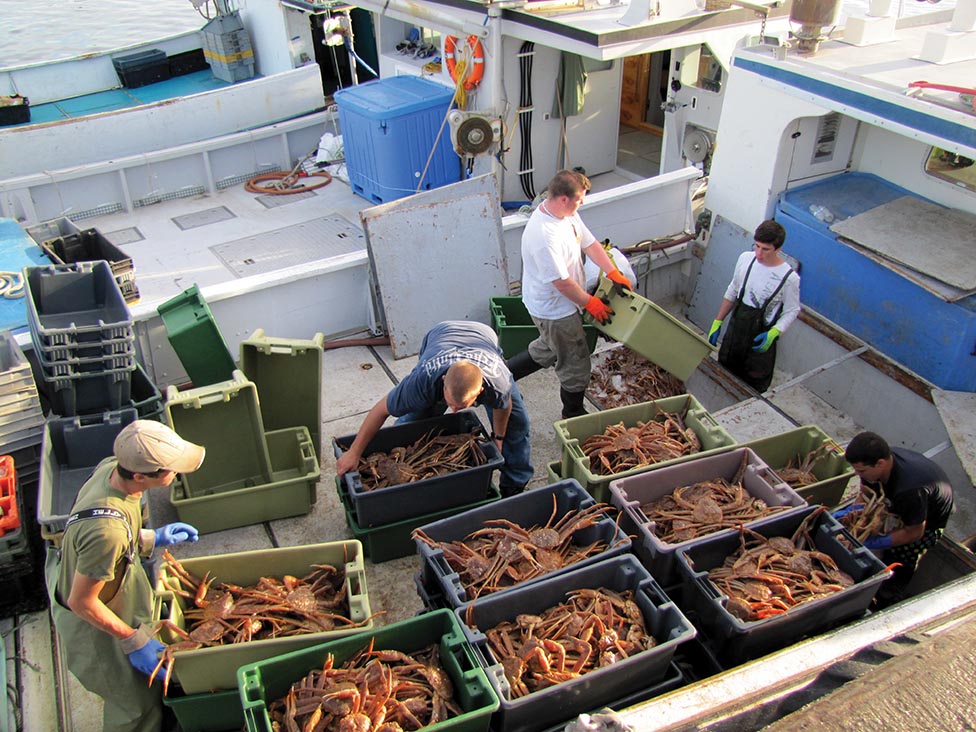 Similar things could be said about the three other provinces in the region.

As the Ivany report said, rural areas must have a strong economic base to be sustainable. That means they need successful businesses. To be successful, a business needs four things:

Rural communities are threatened because the old ways of doing things are no longer viable and don’t provide young people with the opportunities, incomes or lifestyles they want. Keeping them means we need to create new opportunities that can provide better incomes and more appealing lifestyles.

To survive and succeed, every industry, every business and every community must adapt, as circumstances change.

It’s not about preserving the past — which is not giving us the results we need; it’s about building the future. To build the future, we have to participate in the new industries that are being created (such as aquaculture), take advantage of new technologies (such as in fishing and fish processing) and learn new skills (to take advantage of the opportunities and technologies). As well, we must have access to knowledge, information and money to make those things possible.

Currently, part of what we need to do is transform our industry from being resource-driven to being market-driven and from selling undifferentiated commodity products at low prices to selling higher-value products to niche markets.

That means we need better knowledge of consumers and markets and we need to use that knowledge to manage our operations. We also need collaboration and cooperation throughout the value chain to make it happen.

People who live in rural communities must understand that urban areas offer them things they do not have where they live — and access to those things. But to continue to live in rural areas, they must also appreciate the distinctive benefits of living there.

Urban and rural communities are different — but each depends on the other.

Urban areas represent markets, specialized knowledge, information and money needed for business investment. Rural areas typically provide products made from local resources (including people).  Probably the biggest challenge is generating business ideas to capitalize on those resources and the entrepreneurship to turn the ideas into competitive, viable businesses.

Because rural areas have relatively small populations, they also have relatively few candidates to be entrepreneurs, so they often depend on other people — typically from an urban centre — to see their potential. Business ideas and entrepreneurship are most likely to be triggered by exposure to markets, specialized knowledge, information and access to money — which are mostly located elsewhere.

A key to sustaining coastal communities is creating linkages — transportation, communication, education, information, business, finance, innovation — between them and urban areas. It helps to have organizations with mandates to facilitate such linkages.

In many ways, that is what the Canadian Centre for Fisheries Innovation does.

We are part of Memorial University and we are located in St. John’s, a large urban area. But our focus is on aquaculture, fishing and fish processing — activities that are predominantly located in rural areas.

A large part of what we do is create linkages between people and organizations in rural areas to others in urban centres who have knowledge, skills, facilities and money not readily available in the rural areas.

No Replies to "Sustaining Rural Communities"