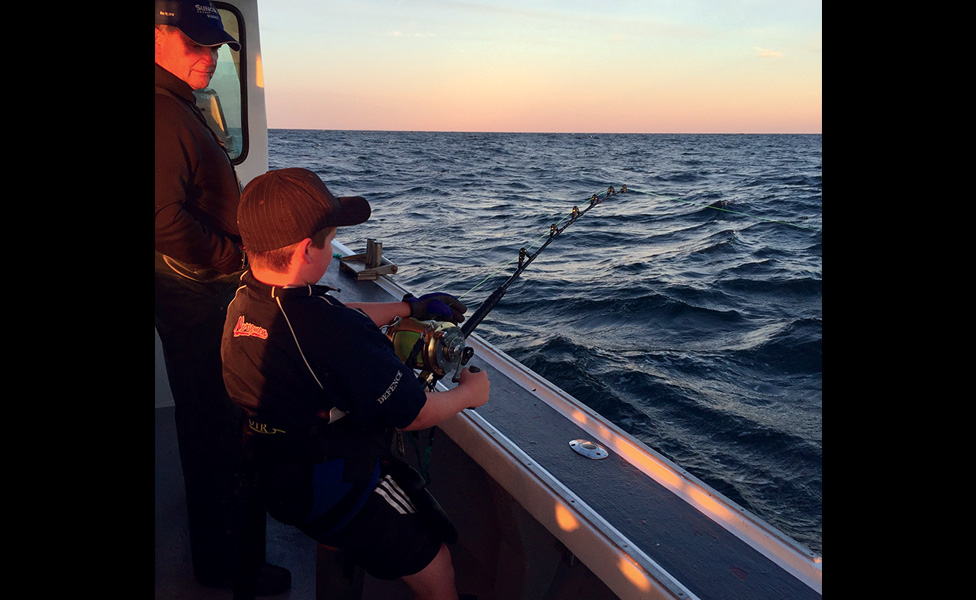 Koen Norton has another record breaker on his hands.

The 10-year-old, Montague, Prince Edward Island boy set out this past tuna season to set a world record in his age category and by all accounts he succeeded, landing a 486-pound bluefin tuna in early August off Naufrage Harbour in Eastern P.E.I.

Well, Koen wasn’t quite satisfied with his catch, so he and his father Greg set out for one more attempt at an even bigger record catch.

He ended up smashing his own record by reeling in an 847.7-pound giant bluefin.

The battle took him, unassisted by anything but a free-standing harness, one hour and 35 minutes. 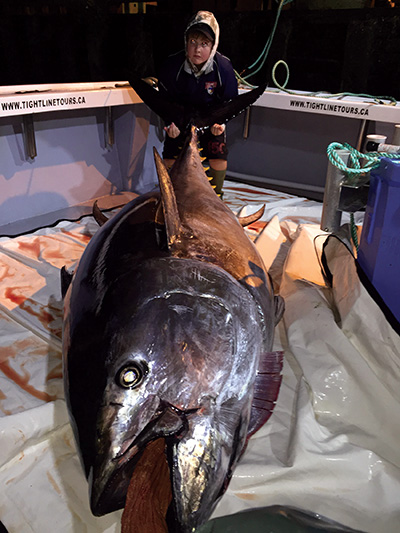 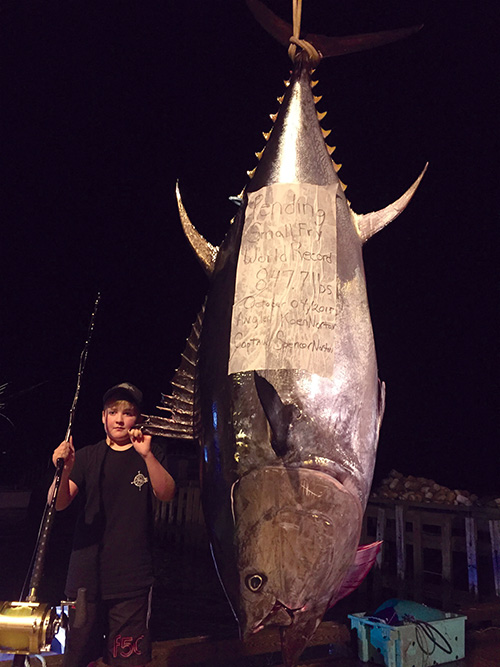 The record is still pending, but the Norton family has submitted their catches to the International Game Fish Association.

Koen is going for that organization’s bluefin tuna record for kids under 10-years-old.

The previous record is nowhere near either of Koen’s catches.

When he made his original catch, Koen garnered the attention of international media who took a liking to the juxtaposition of his relatively small size and the monstrous fish he’d caught.

“He was pulling and dragging me around, but I handled him. He was pretty big,” Koen told CBC after this most recent catch.

“When I saw it come out of the water I thought I had a record that was never going to be broken.”

Koen and his dad decided to go for a record together because they were looking for something to do as father and son. Greg works in Western Canada part of the year, so the two try to spend as much time together as they can.

“He misses me being home here being with him and stuff, so I thought it would be nice to do something special with him,” said Greg.

No Replies to "Ten-Year-Old Tuna Master Beats Own Record"