The Future, Fast and Slow

In 2011, an award-winning and best-selling book was Thinking, Fast and Slow, by Daniel Kahneman.

Dr. Kahneman had won a Nobel Prize in economics for work he discussed in the book. Although it is interesting and worth reading, this column is not really about Dr. Kahneman’s work.

Instead, it’s about the future of the fishery in Atlantic Canada. In some ways, the future is arriving faster than we can deal with it. In others, it is arriving very slowly, maybe slower than we would hope or too slowly to attract notice. And we need to think about what is happening.

In the capture fishery, unlike in aquaculture, we harvest fish that nature provides. That means the fishery is dependent on natural biological processes, which tend to evolve slowly, over time. But climate change driven by global warming has accelerated the speed of at least some of those processes, affecting fish habitat and changing the abundance and distribution of different fish species in what seems like a relatively short time.

Things are now happening much faster than they did historically. Sometimes, the effects are beneficial; other times, they are not.

For many years, lobster landings in Atlantic Canada fluctuated between 40,000 and 50,000 metric tonnes, with no particular trend. In 2008, they shot up to nearly 59,000 tonnes and continued to increase in subsequent years, exceeding 90,000 tonnes by 2014 and have continued above that level since then. Because lobster is a high-priced species, that has contributed to dramatic increases in the values of fish landings and exports. Unfortunately, other developments have not been as positive. 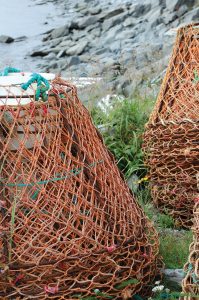 So far, the decreased landings of shrimp and crab have largely been offset by dramatic increases in prices for products of those species. Although there has been some pain from the decreased catches, the higher prices have provided a lot of relief — at least for now. Prices for fish products and other commodities fluctuate over time and will likely decrease again in the future.

Cod, historically the most iconic species of all in Atlantic Canada, has had even bigger fluctuations.

In 1990, landings were just over 395,000 metric tonnes but they fell to 10,500 tonnes in 2010. For a while after that, resource abundance seemed to be increasing and landings increased, as well.

Unfortunately, however, recent scientific assessment of the stock suggests the rebuilding process has gone into reverse. Hopes some people had that cod would replace landings and incomes from decreased catches of shrimp and crab now seem unlikely to be fulfilled any time soon.

But these aren’t the only dramatic changes that have affected the fishery.

Markets have changed just as much as resources, if not even more. Global demand for fish products has increased tremendously. In 1950, world population was 2.5 billion and production of fish totaled approximately 20 million metric tonnes. Today, population is over 7.5 billion and production of fish is over 170 million metric tonnes. Not only are there more people but those people are eating more fish per person than ever before.

Strong demand put strains on supply. From the 1950s to the 1970s, the supply came almost exclusively from capture fishing but that led to overfishing of many fish stocks, including those here in Atlantic Canada, diminishing the capacity of the fishery. That led to a number of side-effects, including the 200-mile limit, development of aquaculture as a new source of supply, and eventually, creation of the Marine Stewardship Council and other organizations focused on sustainability of fish resources. Aquaculture now produces over half the fish for human consumption.

At the same time, there was a movement toward increasingly free trade. That opened up new opportunities but also brought new competition in harvesting, processing and marketing, especially from low-wage underdeveloped countries. In particular, China has become a dominant player in the industry over the past 20 years or so. 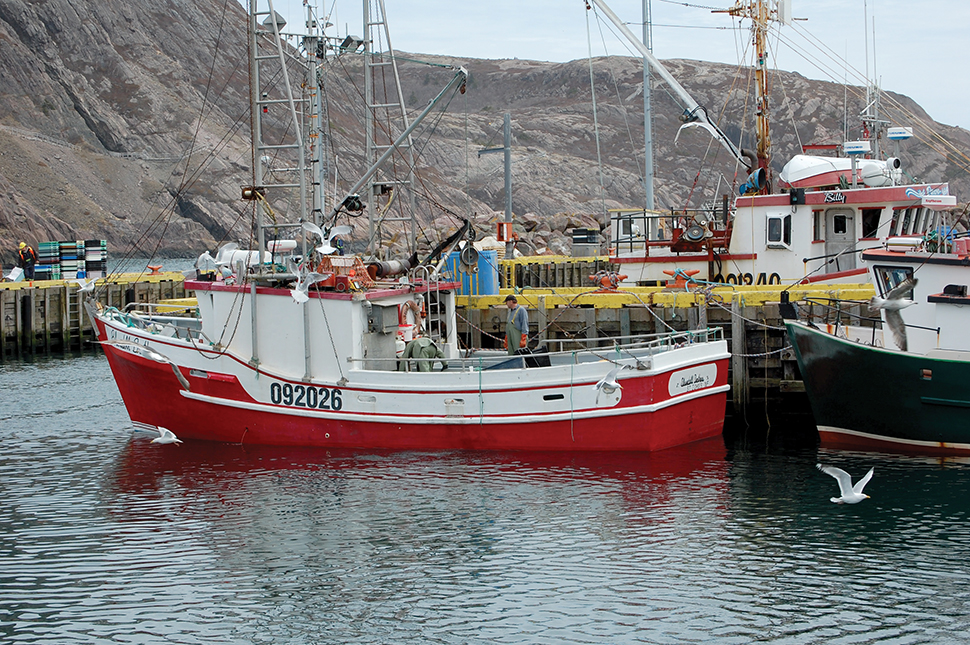 More recently, lobster landings increased just as the markets for lobster were being roiled by the global financial crisis in 2008, so supply was much stronger than demand, driving down prices. It took years and development of some new markets to bring demand to a better balance with supply and to see prices improve.

During the early 2000s, as the price of oil increased to very high levels, the Canadian dollar increased dramatically in value, for a while being worth more than the U.S. dollar. That reduced the value in Canadian dollars we could get for our exports. It also depressed incomes and returns on investment in the industry, causing a lot of financial hardship, so some plants closed and people left the industry.

When the price of oil dropped drastically in 2014, so did the Canadian dollar. We are now getting much better rates for conversion of sales in foreign currencies than we did, another factor contributing to the increased value of lobster landings and offsetting the pain from decreased landings of shrimp and crab.

Around the time Canada obtained the 200-mile limit, the baby boom generation was coming of age and needed jobs. Because of the build-up of harvesting and processing capacity to take advantage of the new opportunities, substantial numbers found those jobs in the fishery. But now, those same baby boomers are gradually moving into retirement, reducing the supply of labour and making it difficult to recruit vessel crews and fish plant workers.

The gradual movement of the baby boom generation into retirement seems to be happening slowly. But, unlike fish stocks, it is visible and predictable and the implications are potentially enormous. For the industry to have a future, it will need to attract new people into the workforce.

So far, there aren’t many indications we are not harvesting fish that are available. But there are indications we aren’t doing as much processing of the fish we catch and that diminishes the output value we get from our resources.

Despite the increased value of lobster catches, for example, we are missing opportunities to obtain even more value, due to an inadequate labour supply to process the catch. As the exodus from the industry continues, this issue will get worse, putting its future in danger.

Most of the changes outlined above took place over a period of nearly 30 years. There were more and larger changes in the fishery during those 30 years than there had been over hundreds of years before. And many of them were taking place at the same time.

In some ways, 30 years seems like a long time, but most people work for much longer periods than that. Many people currently working in the fishery, including me, have lived through all of these changes.

At times, they have been gut-wrenching. This is not an industry for the faint of heart. If you like things to be slow and steady, this is not the industry for you.

So what will the future bring?

Some of the developments we have seen in the past will continue to affect the future. Global warming and climate change are ongoing processes and may even be speeding up. That means we can expect more changes to our fish resources, some for the better and some for the worse.

Aquaculture will continue to expand, simply because capture fishing cannot increase output overall and the market needs supply. And the year-round supply of fish from aquaculture that are consistent in size, quality and price is influencing what buyers and consumers expect from the capture fishery, as well.

Despite the backlash in some countries against the impacts of free trade, the changes that have already taken place are not likely to be reversed. Further changes may slow down but there have been too many benefits from free trade to expect a large-scale return to more restrictive trade policies.

Changing oil prices, ups and downs in the global economy, wars and rumours of war and a variety of geopolitical events will continue to have spillover effects in the fishery.

For the most part, there is very little we can do about any of these things, other than monitor them, figure out how they are likely to evolve and adapt to the changes.

But the problem of workforce demographics is predictable and there are things that can be done to alleviate it. We need to be working on those things now, before the problem becomes too big to solve.

Unfortunately, there are likely to be other significant developments we cannot anticipate. Having been involved in this industry for going on 40 years, I can say that one of its principal characteristics is the capacity for surprise. Changes that may have been underway for years without getting much notice seem to accelerate and suddenly become obvious, with major effects.

After the moratorium was imposed on fishing for cod and other groundfish starting in 1992, it didn’t take long before we noticed increases in the crab and shrimp resources. Those species then became the mainstays of the fishery in Newfoundland and Labrador.

Lobster catches increased dramatically and unexpectedly in a short period of time, initially creating problems but then turning into a bonanza, as market demand, prices and exchange rates all improved. These changes were undoubtedly underway earlier, but we didn’t notice them, because we were focused on other things.

To come to grips with what is happening, we need to stay alert and look beyond the obvious, at things we don’t normally think much about. Is something happening faster — or slower — than we might have expected? What are the implications likely to be?

As Dr. Kahneman talked about in his book, we need to be thinking fast and slow about what the industry’s future will be.

No Replies to "The Future, Fast and Slow"