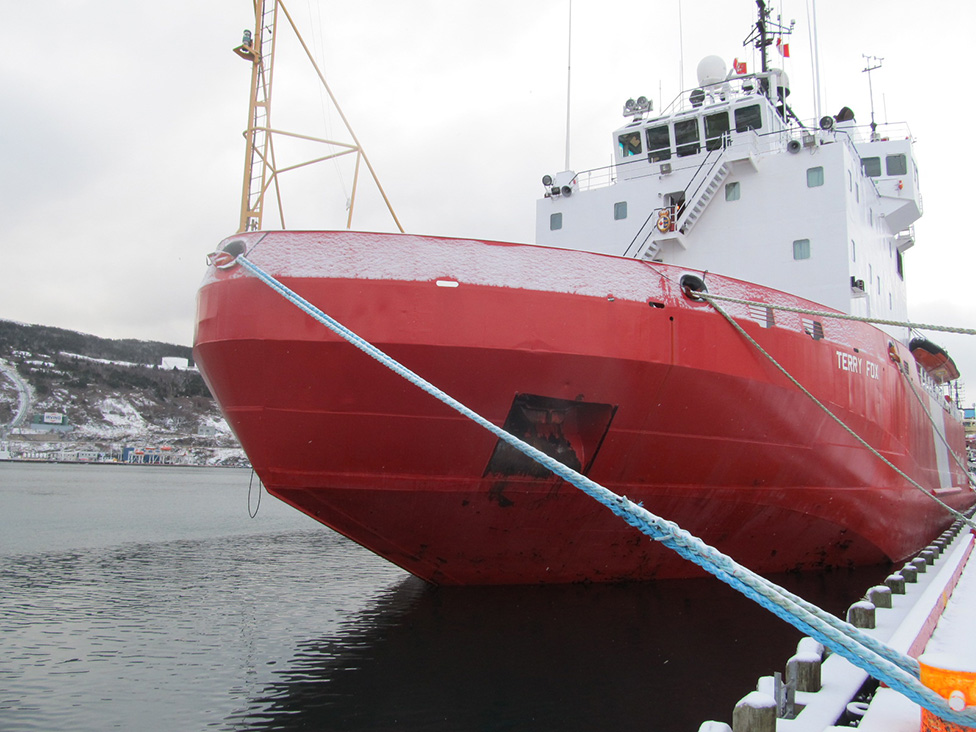 What’s in a name?

Unlike when people search the web by typing in ‘popular baby names’ to find Emma and Olivia or Liam and William, the search to find the perfect name for a Canadian Coast Guard vessel is reasoned and deliberate, and there are policies and procedures in place.

The Coast Guard’s objective when naming vessels is to select names that raise the profile of vessels and the work they do on a daily basis while honouring and celebrating people and places of regional and national significance.

Let’s start with a name’s suitability.

The name must honour people and places important to Canadians and in doing so must promote Canadian culture, history, geography and sovereignty. The name must be relevant and acceptable to all Canadians. The name must present a positive image of the Canadian Coast Guard and the Department of Fisheries and Oceans.

Besides the general rule that naming a CCG vessel after an individual must be a posthumous honour, a few other conditions are applied in the early screening stages.

For example, names should be short and easy to understand. When you’re out on the water, you don’t want a vessel’s name to be so convoluted or confusing that radio operators can’t understand what you’re saying if you need assistance. Titles such as doctor, honorifics like right honourable, and family abbreviations such Buddy Jr. III should be avoided.

While you usually have at least nine months to pick a baby name, the complete vessel naming procedure for CCG can be as quick as three months.

There is already a pool of names that meet the criteria, so discussion focusses on names that are best suited for the vessel based on its type. For instance, icebreakers from large to small are usually named for former Canadian Prime Ministers. 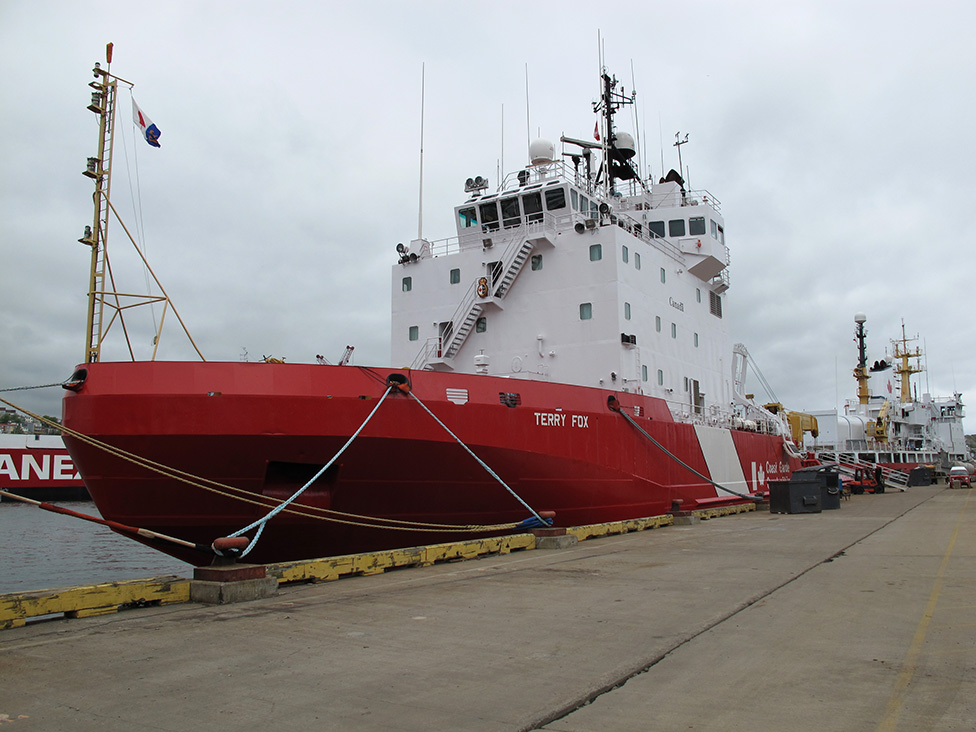 CCGS Terry Fox alongside the Canadian Coast Guard base in St. John’s, N.L., just across the harbour from where Terry Fox began his Marathon of Hope in 1980.

There are exceptions, however, such as the one made for a young man named Terry Fox. Fox began his Marathon of Hope in 1980, a cross-country run to raise money for cancer research. Terry Fox had to give up his run when his cancer returned. In 1981, he died a national hero who lived a short time but accomplished great things.

The Canadian Coast Guard acquired a vessel in 1992 that was commissioned as CCGS Terry Fox. This heavy icebreaker is stationed at the Canadian Coast Guard base in St. John’s, Newfoundland and Labrador. During the winter months, it operates in the Gulf of St. Lawrence, and during the summer shipping season it heads to the eastern Arctic, where one of its jobs is to escort the annual Arctic summer sealift, bringing vital supplies to coastal communities.

From where the CCGS Terry Fox is docked, if you look across the harbour to the north east, and look very carefully, you’ll see the spot where Terry Fox dipped his leg into the St. John’s harbour and began his Marathon of Hope.

You may wonder if Terry Fox, who passed away a month before his 23rd birthday, is the youngest person to have a ship named after him in the Canadian Coast Guard, but that distinction goes to another.

Seventeen-year-old Ann Harvey was born in 1811 in the small fishing village of Isle aux Morts, N.L; her recognition is for her role in saving 163 shipwrecked Irish immigrants over two days in July 1828 (See sidebar page 54). Ann would have no idea that 176 years later, her name would be inscribed on the side of a Canadian Coast Guard vessel, a vessel which does the same kind of brave and fearless work as Ann did and would go on to mimic her feats of bravery by carrying on the work of the Canadian Coast Guard. 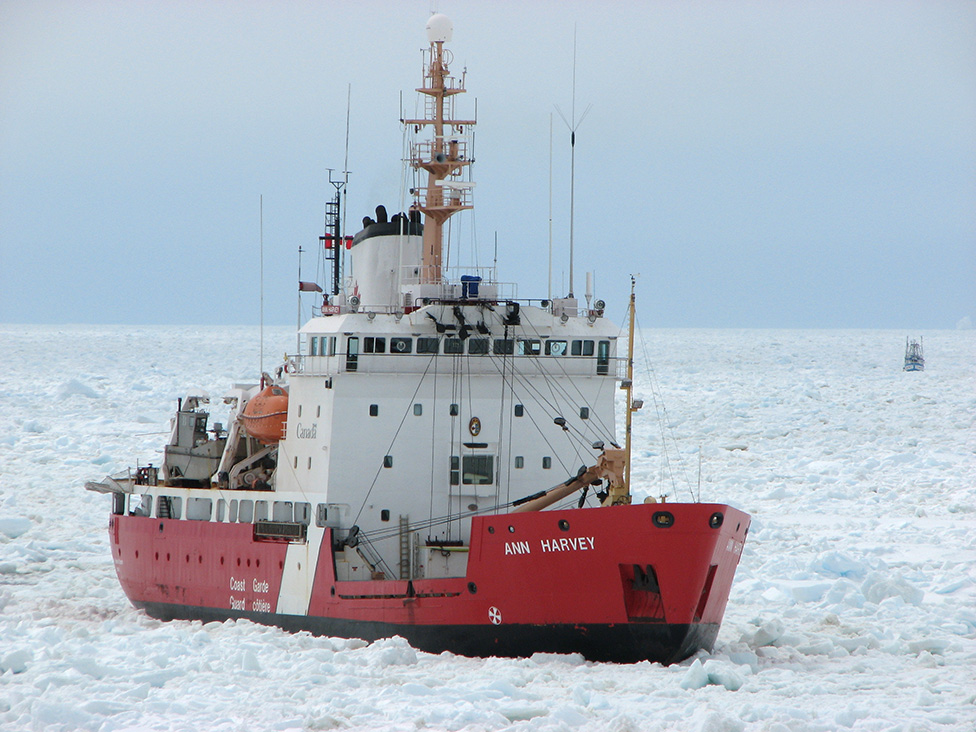 CCGS Ann Harvey leads a safe passage through sea ice. This vessel’s dedicated service to the life and safety of mariners is a fitting tribute to her eponym.

Over the past several years, the Coast Guard has had the opportunity to name a number of ships, nine of them Hero-class vessels.

These mid-shore patrol vessels conduct maritime security missions on the Great Lakes and St. Lawrence Seaway, as well as fisheries enforcement on the Atlantic and Pacific coasts. Each of these new vessels is aptly named for a fallen Canadian hero, three of them heroes from Atlantic Canada.

Two of the vessels are based in Halifax, including the CCGS G. Peddle S.C., which has particular significance to the CCG.

The S.C. in the vessel’s name refers to the Star of Courage, which was awarded to Peddle, Gallien, and Welcher posthumously. It is Canada’s second highest award for bravery, specifically “acts of conspicuous courage in circumstances of great peril.”

So, what’s in a name? For a Canadian Coast Guard vessel, quite a lot. 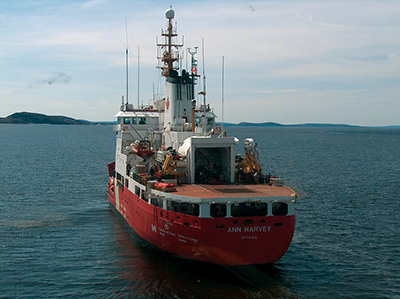 The Wreck of the Despatch and the Heroine Ann Harvey

The brig the Despatch was 42 days at sea and bound for Quebec, when on July 10, 1828, it was driven by a fierce storm onto Wreck Rock, a small rocky island off Isle Aux Morts, N.L.

It was evening two days later, with the storm still raging, when Ann Harvey and her father George spotted a wooden barrel and a straw bed washing ashore near their home.

Early the next morning when, accompanied by their Newfoundland dog Hairy Man, Ann, her father and 12-year-old brother Tom, launched their dory and rowed two hours in howling winds, heavy seas and pounding rain before discovering the large group of survivors.

During a lull in the storm, the Harveys approached the island from leeward and Hairy Man swam to the rocks where survivors had tied a rope to a piece of wood. Hairy Man seized the wood in his teeth and survivors followed the rope to the Harvey dory where they were dragged aboard and rowed to shore.

For three days and nights, Ann and her brother worked the Harvey boat and life ropes to save passengers. Meanwhile her father George directed surviving Despatch crew to use ropes from the Despatch longboat and jollyboat, which had washed ashore, to continue to rescue survivors. During this period, the waves were unrelenting and more people were ripped off Wreck Rock by the force of the sea, including two babies swept from their mothers’ arms.

Then the challenge became how to feed and house the rescued. There were next to no supplies and a large number of mouths to feed. Lean-tos were constructed by the Harveys, their neighbours, and some of the survivors. Despite the efforts, some died on the beach while others died from exposure and starvation on the rocks. In total, 158 passengers and nine of the crew survived.

Eight days later, after word of the wreck reached the Royal Navy, help arrived in a warship named the HMS Tyne. The Captain of the warship replenished the food stores for the family and their neighbours and moved the survivors to Halifax. A reward of £100 was given to the Harvey family; at George Harvey’s insistence, the commemorative medal from The Royal Humane Society was given to Ann. The news of Ann and her family’s bravery travelled throughout the land.

Ten years later, in 1838, Ann and her father were at it again. A Scottish merchant ship Rankin was travelling between Glasgow and Quebec and went aground near the same spot as the Despatch. This time Ann, now 27 and a mother, helped save the lives of the 32 crew members.

Brothers to the Rescue — Part III

Georges, Browns Banks Could be Threatened by New Offshore Leases

No Replies to "The Name Game"