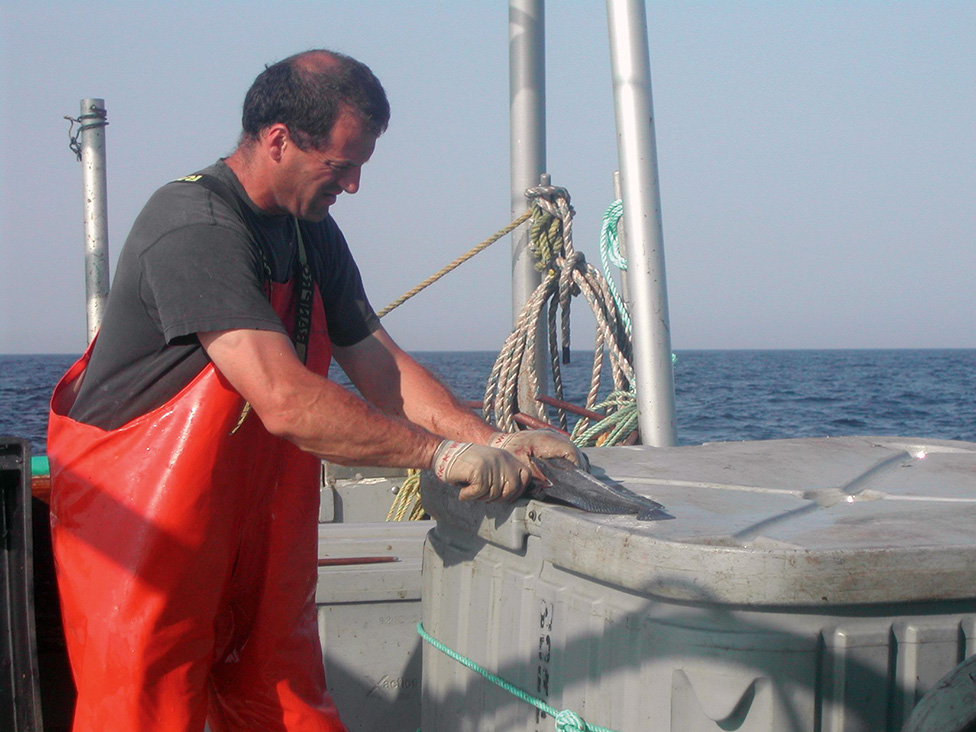 Ghislain Cyr is passionate about preserving the fisheries and marine ecosystem in the Gulf of St. Lawrence.

One of several generations of fishermen, the 57-year-old from the Iles de la Madeleine (Magdalen Islands) is also very vocal about his commitment to conservation. That is not surprising perhaps when one considers that the ‘Maggies’ are almost totally dependant on the fishing industry for survival.

Ghislain is well known throughout the Atlantic region because of his involvement with advocacy groups to keep the sealing industry alive. He was a board member with the Canadian Sealers Association (CSA) and spent four years as president of the Island’s local sealers association. He believes people should not stay as the head of associations more than four or five years in order to give new people an opportunity to lead. 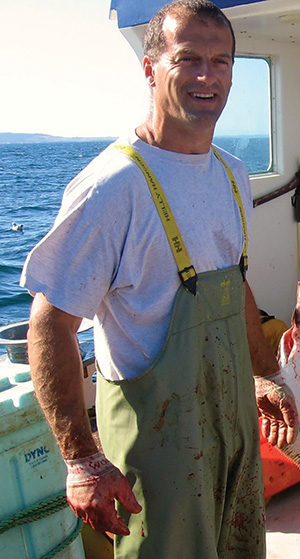 Ghislain has fished all the commercial species in the Gulf region, although with the cod moratorium and the eventual decline in other stocks, his livelihood these days comes from just a few species, including snow crab and black-back flounder.

“We never got government support — we worked hard to try to develop a market for meat and oil but didn’t make much headway.”

Ghislain says he and his sealing colleagues are envious of what he describes as the “excellent” support the Newfoundland and Labrador government provided for sealers. He still kills a few harp seals for personal use every spring, but most of his attention these days is focused on grey seals.

The grey seal population has exploded in the Gulf and the way Ghislain sees it, the huge animals are threatening all fish stocks in the region. Weighing from 400–800 pounds, they have large appetites and Ghislain says they eat every species of fish available and literally, thousands of tonnes of it.

“We are working on trying to find a market for grey seal products so I collect samples so they (government and industry) have something to work with,” he says, emphasizing that something must be done to control the herd before its too late.

Ghislain grew up the second oldest of nine children. His oldest brother died young, so he became the oldest living child in the family at a young age.

When our conversation turned to recollections of his childhood days, Ghislain’s voice changed dramatically from one of periodic frustration and intensity to a tone of pure joy.

“Life was simple then — and great,” he says emphatically.

Suddenly there was hardly a need for questions as Ghislain spoke excitedly in his heavily-accented English, about what was obviously a very happy time of his life.

“I grew up in a small town called Grand Entrée and we were in a sort of bay inside a bay between Grande Entrée and Gros Isles. It is 10 miles by four miles and we had a flat bottom boat. We spent all our days out on the water, we would always be swimming and diving and we’d get lobster and cook them on the beach. There were mussels, clams and we’d jig a cod and shoot birds — we didn’t need to go home for lunch in summer. And, everybody had a rifle — we were practically born with a rifle in our hands because it was a part of our culture, so we killed saltwater birds and land animals and bring them home for food. Our playgrounds were mostly the wharves and the sea but also we played games on land.”

Ghislain laughs when he talks about a fun activity in spring when the ice started breaking up.

“We used to jump from one piece of ice to another in the ocean and sometimes, we would fall in the freezing water but it never bothered us.”

Ghislain says when lobster season opened there were hardly any boys older than eight or nine in school for a few days because they would be onboard somebody’s boat, enjoying the excitement of a new season. “That’s how we started to learn to be men; to be fishermen and hunters and we loved to be close to the sea, to the land and nature in general — and we were very happy because we loved it.”

But that life is not allowed anymore Ghislain laments, his voice turning a little quieter and sadder.

He points out that nowadays, regulations are too many and too “stiff” adding that Quebec rules are more stringent than anywhere else in Atlantic Canada.

Ghislain wasn’t sure he was going to be a fisherman after he finished high school. His dad had to quit fishing because of a back injury when Ghislain was only about 12, so there wasn’t a family enterprise that he could inherit.

He decided to go to college in Trois-Rivières, but a labour dispute between teachers and management ended up making that year unproductive.

When Ghislain saw the spring ice heading down the St. Lawrence River he wanted to be home for the spring fishery, so he packed his bags and hitchhiked back to Grand Entrée.

He fished sometimes as a helper/deck hand but was not prepared to make a long-term commitment to a full-time career on the water.

His uncle was a boat builder and Ghislain’s dad joined him in the construction of wooden boats. Ghislain would hang out in the boatyard where he learned about the art of woodworking. He later worked as a cabinetmaker for some time.

But still, the call of the sea was always in his head, so in 1988 Ghislain bought his first boat. It was an old boat measuring 29 feet and not a good sea vessel.

Ghislain later bought 38×16-foot fibreglass vessel with a large carrying capacity. To keep expenses down, he has just one crewman, but he says two good men are as good as four not-so-good ones.

Ghislain speaks proudly of how he runs his fishing business. He has a good boat that he equipped with high quality technology to maximize efficiency and productivity. He laughs when he points out that with just two men onboard, there is no class distinction — the owner-operator spends as much time in the fish hold as the deckhand he says.

If you talk to Ghislain for few minutes he will likely tell you his philosophy of the fishing industry on many levels. He explains how fish is a health food but has to be managed differently than agriculture.

“We don’t have to grow the fish, we don’t have feed them — a fisherman doesn’t own a farm or a certain piece of the ocean,” he says adding that fish is common property for the common good of Canadians, not just those from one or two provinces. Adjacency to the resource is one management principle, but there are others that guide government bureaucrats in deciding who gets what piece of the pie.

Ghislain also has plenty to say about how fish products can be marketed better.

He proposes growing markets closer to home for some species. He says people in Quebec complain that all the crab go to Japan and elsewhere. He explains that if local people want local product they have to demand their government set up a process to do that.

The Magdalen Islands industry is tiny compared to the rest of Atlantic Canada, but Ghislain says he feels they are treated fairly by other Atlantic associations and are given opportunity to express opinions on large issues.

Living just 70 miles north of P.E.I. and approximately 95 miles west of Port aux Basques, Newfoundland, Maggies’ fishermen often share fishing grounds with other provinces. For the most part, they get along but not everyone wants to share.

He laughs about a time he was in P.E.I. and met a fisherman from there. The P.E.I. guy was not fussy about having to share quota with anyone from another province and he was not shy about letting Ghislain know his feelings.

Ghislain also shares thoughts on how good research can only be done from a boat. He argues that you can’t look up on the internet or read it in a magazine, you have to be out there and see and touch the evidence, he says, stressing that no fishery should be totally shut down for that reason.

Like many areas of Atlantic Canada, young people are leaving the Maggies to find work. It is very expensive to gain entry into the business now and government management rules are too tough to work under, according to Ghislain.

But for those young people who are determined to fish, he has some ideas on how to help. They need more training than just navigational courses and the like. There is really only one way to learn the art of fishing and that’s in a boat with someone who has experienced all the intangibles of understanding sea and wave action, the workings of tides and current, the sounds, smells and a host of other nuances that can only be learned on the job and with the guidance of experienced fishermen — fishermen like Ghislain Cyr.

No Replies to "The Playgrounds Were Wharves and the Sea"