Richards, 71, passed away on Feb. 18 at home. He spent most of his life on the water fishing alongside his father and brothers. For many years he served as a member of the school board, was actively involved with St. Paul’s Anglican Church, St. Carols, N.L. and spent countless hours working with the FFAW Inshore Council. The FFAW/Unifor recognized him for outstanding service, in appreciation of his commitment and dedication to building a progressive and dynamic union throughout Newfoundland and Labrador. He has also received recognition from the Prime Minister of Canada for 50 years of hard work and dedication to the Newfoundland and Labrador fishing industry.

Heath, 62, passed away on Feb. 9 at the Health Sciences Centre in St. John’s. He loved the ocean and spent his career there. Starting on a freighter ship as a teenager, he saw the world. Settling in Lunenburg, N.S., he became a marine diesel engineer and worked in the N.S. fishery for 16 years and raised a family. Finally, he retired in his hometown of St. Anthony due to illness.

Ford, 65, passed away on Feb. 23 at home. Born at St. Joseph’s Hospital in Glace Bay on Dec. 22, 1954, he was the son and youngest/16th child of the late William “Bill” and Jessie (Whiting) Ford. In his teens, he worked at the heavy water plant in Glace Bay before becoming a carpenter. Although he loved carpentry, the sea always called out to him so when the opportunity presented itself to take over his father’s fishing boat and licenses, he knew exactly what he had to do. His love for the sea remained with him until he drew his last breath. He fished the Banshee, his father’s boat, out of Glace Bay before purchasing his second boat, Glider, followed by the Lisa J. He eventually moved the Lisa J. over to Wadden’s Cove where his sons continue to fish with his pride and joy, the second Banshee, which he built with his two brothers, cousins and his eldest son, young David, who eventually took over as captain when his illness prevented him from fishing any longer.

DeBaie, 68, passed away on Feb. 21. Born in DeBaie’s Cove, he was a son of the late Maurice and Frances (Stevens) DeBaie. He had many occupations in his life including well drilling, working for the Canadian Coast Guard, driver for New Century Courier, owner and operator of B&W Courier, but for the greater part of his life he worked as a fisherman, mainly groundfish and lobster.

Selig, 85, passed away on Feb. 19 at the Queens General Hospital. Born in Port Medway, Queens County, Clarence was a son of the late Aubrey and Jennie (Hubley) Selig. He spent most of his working life as a lobster fisherman and working for Medway Fisheries.

Macleod, 83, passed away on Feb. 22 at the Palliative Care Unit of the Aberdeen Hospital, New Glasgow. He was born in Cape Bear, P.E.I., March 15, 1936 to the late Emerson and Irene (Adams) MacLeod. As the oldest of seven siblings, he worked closely with his father in the commercial inshore fishery, starting at a young age. He attended school in Beach Point and went on to Prince of Wales College in Charlottetown and Dalhousie University obtaining a BSc in 1962 and an MES later in his career. As a summer student, he worked for the Fisheries Research Board, St. Andrews, N.B. on offshore draggers throughout Atlantic Canadian waters. At graduation, he continued for the Fisheries Research Board. In 1964 he accepted a position at the Ellerslie P.E.I. Biological Station with work on native oysters and quahogs. In the fall of 1966, he accepted a position with the Nova Scotia Dept. of Fisheries, Resource Development Division at the Pictou Fisheries School and Aquaculture development. He also worked for a short time with Nova Scotia Newstart in Yarmouth with emphasis on training young people for the fishing industry. He returned to Nova Scotia Department of Fisheries in Pictou and began reviewing sites for building a possible oyster hatchery which was built and operated in Ostrea Lake, Musquodoboit Harbour where they also worked on the development of off-bottom culture of blue mussels. The creation of a mussel growing platform for Stuart MacPhail was an achievement. Later he became Director of Aquaculture and Inland Fisheries for Nova Scotia until his retirement. He was a member of several shellfish associations and government committees. He was heavily involved in the development of the Aquaculture Act in Nova Scotia of which he was justly proud.

Whynot, 71, passed away on Feb. 14 at the Queens Manor. Born in Southwest Port Mouton, Queens County, Mona was a daughter of the late E. Parker and Evelyn (Fisher) Huphman. Mona worked in fish plants for many years.

Jackson, 76, passed away on Feb. 26 at the Surf Lodge Nursing Home, Lockeport. Born in Yarmouth, he was a son of Celeste Mary (Swim) and the late Alec Jackson of Shelburne. He was a lobster fisherman who loved hunting, trout fishing, gardening, ATVs, logging with his oxen and having a good laugh with many friends.

Atkinson, 84, passed away on Feb. 12. Born on June 15, 1935 in Port La Tour, he was the son of Addie Louise (Smith) and Edward “Leslie” Atkinson. In his younger years he was a fisherman and worked on the MV Bluenose.

Buchanan, 72, passed away on Feb. 9. Born in Sandy Point, he was a son of the late Evie and Arch Hemeon, and was raised by his grandparents, Pearl (Nan) and Frank (Dad) Hemeon. His working life included a number of jobs, mostly in the fishing industry, with scallop fishing and having his own lobster boat until his retirement.

MacAdams, 90, passed away on Feb. 3 at the Queens General Hospital, Liverpool. Born on October 6, 1929 in West Middle Sable, he was a fisherman and lived his many years in Port L’Hebert and Hunts Point, before his last couple of years in Queens Manor, Liverpool.

Melanson, 83, passed away on Jan. 29 at the Yarmouth Regional Hospital. Born in Grosses Coques, he was a son of the late Isaac and Marguerite (Deveau) Melanson. He was a scallop fisherman for many years, working on the Comeau’s Seafoods boats.

MacDonald, 80, passed away on Feb. 11 at the Strait Richmond Hospital, Evanston. Born in Red Islands, he was the son of the late James and Margaret (Campbell) MacDonald. He was a retired enforcement officer with the federal Department of  Fisheries and Oceans.

Jacquard, 73, passed away on Feb. 3 at his home in Tusket Falls. Born in Saulnierville, Digby County on Nov. 28, 1946, he was the son of the late Roy and Mary (Comeau) Jacquard. He began his career as a marine engineer on the M.V. Bluenose where he worked for eight years. The remainder of his sea life was spent mainly in the offshore aboard supply vessels. The last 20 years of his working career was with Nova Scotia Power operating the Tusket Combustion Turbine Station.

Mitchell, 89, passed away on Feb. 26.  Born in 1931 in Saint John, he was the son of the late Charles Ogg and Marion (Lee) Mitchell. As a Member of Union Local 213, Bob worked in construction as a pipefitter at Saint John Shipbuilding. He was also the lighthouse keeper at Cape Spencer. 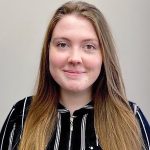 A graduate of Saint Mary’s University, Greencorn will be responsible for the marketing and social media efforts put in place for TriNav Marine Brokerage, Ocean Yacht Sales, Athearn Marine Agency and Boats and Realty. From a young age, she was exposed to the commercial fishing industry and enjoyed spending time on the water. Greencorn will be working from the TriNav office at 115 Joseph Zatzman Drive in Dartmouth, N.S.

The 2020 Award recipients are:

Appointed: CAIA Board of Directors

The Canadian Aquaculture Industry Alliance (CAIA) recently announced its new and returning members to its National Board of Directors.

Executive Committee of the Board:

Does the Science Branch Need to be DFO’s Lightning Rod?