Francis, 48, formerly of Milton, Queens County, was lost at sea on December 15, 2020, when the vessel he was on, the Chief William Saulis, sank off DeLap’s Cove, Digby County. His body has not been recovered. Born in Milton, he was the son of Michael and Karen (Mooers) Francis of Milton. He fished scallops and lobster over the years for Acadia Band in Yarmouth. At the time of his death, he was employed with Yarmouth Sea Products, Bayview Marine Limited.

Forbes, 37, passed away on December 15, 2020 unexpectedly at sea. He was a crewmember on the scallop dragger Chief William Saulis that went down in the Bay of Fundy. Born in Yarmouth on March 16, 1983, he was the son of Burton R. and Nancy J. (Boudreau) Forbes. Daniel was a loving father to his children Autumn, William and Jackson.

Gabriel, 55, was tragically lost at sea aboard the Chief William Saulis, on December 15, 2020 near Digby N.S. He was born on March 21, 1965 in Yarmouth and was the son of the late Albert and Viola (Wesley) Gabriel. He loved fishing on land and at sea and started fishing professionally at the age of 16.

Gore, 80, passed away on February 16. The youngest of two siblings, he was born in 1941 to parents Wesley and Helen (Dobuck) Gore in Montreal, Quebec. Gordie had a remarkable career, taking pride in his accomplishments and led a very successful life. He served proudly for more than 27 years in the Royal Canadian Artillery, retiring as a Chief Warrant Officer in 1986. A crowning achievement and career highlight for Gordie was being inducted into the Order of Military Merit, receiving this award from the Governor General of Canada, the Right Honourable Jeanne Sauvé. Soon after “retirement,” he became a fishery officer in Yarmouth. Gordie’s career didn’t end there. He continued to work as a marine broker with TriNav Marine Brokerage for more than 10 years, eventually and officially retiring from work in 2010, at the ripe age of 69. He spoke highly of the many friendships he made throughout his long and successful careers. Gordie had a busy life, but he always made time for his family.

Rumbolt, 51, passed away tragically on February 7 as a result of an accidental drowning in Pleasure Harbour, near Lodge Bay, Labrador. Born on July 23, 1969, he was an offshore shrimp fisherman for over 30 years with the MV Osprey Co. and the Labrador Fishermen’s Shrimp Co. He was the Mayor of Lodge Bay and former board member of the NunatuKavut Community Council, the Battle Harbour Development Association and the Labrador Fishermen’s Union Shrimp Company.

Myers (nee Hynes), 76, passed away on February 1. She was born to Catherine and John Hynes in New Ferrolle on August 26, 1944. She lived most of her life in Port au Choix. She worked at the fish plant alongside her husband for 46 years.

Atkinson, 77, passed away on February 21 at the Yarmouth Regional Hospital. He was the son of the late Herbert and Evelyn Atkinson. He wore many hats over his life: boat builder, fisherman, owner of Pop’s Arcade and Lunch and Paul’s Wire Traps. After his retirement, he loved to sell fish to his loyal customers around the community.

Jacquard, 84, passed away on February 15. Born on April 20, 1936 in Wedgeport, Yarmouth Co., he was the son of the late Dennis and Isabelle Jacquard. He was a lobster and tuna fisherman for most of his life.

Scott, 51, passed away suddenly on February 9. Born in Sandy Point on August 19, 1969, he was a son of the late Dale and Maynard Scott II. He was an engineer with the offshore lobster fleet for many years.

Titus, 72, passed away unexpectedly on January 31. Born on April 29, 1948 in Westport, he was a son of the late Edginton and Dorothy (Swift) Titus. He spent most of his life on the water as a commercial fisherman and crew member on numerous boats and was the captain (owner/operator) of the fishing vessel Titus Talisman 2002. Upon retirement, he was a shore captain and also the proprietor of the Dock and Doze Inn.

Cottreau, 63, passed away unexpectedly on February 4 at the Yarmouth Regional Hospital. Born on June 23, 1957 in Yarmouth, he was a son to the late Leo and Doris (LeBlanc) Cottreau. He had a great love for the sea and made his living on both the Atlantic and Pacific coasts in various fisheries, beginning at the young age of 12.

Robbins, 82, passed away at the Villa Saint-Joseph du Lac on January 31. Born on July 4, 1938 in Wedgeport, Yarmouth Co., he was the son of the late Barney and Gertie (Cottreau) Robbins. He spent his entire working life as a lobster fisherman. 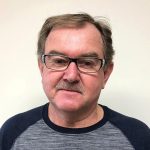 TriNav Marine Brokerage recently welcomed Walter Spinney onboard as a Yarmouth, Nova Scotia-based Marine Broker. After receiving a post-secondary education in Toronto in the field of communications, Walter moved to Yarmouth and took a job with CJLS radio. After a while, he decided this field was not for him and moved to fishing, where he eventually built his own enterprise, fishing lobster and herring. In the off season, Walter started his own boatyard, finishing lobster boats, while also making his own moulds. He was a member of the Maritime Fishermen’s Unions (MFU) Local 9, becoming the president when it started. Walter is now proud to be working with TriNav Marine Brokerage and is looking forward to using his years of experience to help his customers in the fishing industry. In his spare time, he enjoys travelling and camping with his wife Cheryl, as well as deer hunting. 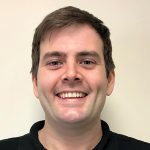 TriNav Marine Brokerage recently welcomed Tanner Martin onboard as its newest Yarmouth, Nova Scotia-based Marine Broker. Tanner was born and raised in the fishing village of Saulnierville, Nova Scotia and graduated from Clare District High School with a bilingual diploma and is fluent in both English and French. Very passionate about the marine industry, he participated in two internships with the Department of Fisheries and Oceans in Meteghan and then became a fisheries observer that gave him a good knowledge and understanding of the various species fished around Nova Scotia. Tanner has more than 10 years of professional experience in the marine industry, focused mainly on lobster and groundfish fisheries, including related processing operations. He also has recent experience working on salmon aquaculture support vessels. Tanner looks forward to applying his unique set of skills and experience to assist his clients with all of their marine brokerage needs. When not involved in the fishing industry, he enjoys spending time outside, either hunting, sport fishing, golfing or gardening.