Blake, 83, passed away on June 29 at the Charles S. Curtis Memorial Hospital. He was born on July 21, 1935, in Spillars Cove to James and Martha Jane Blake. He was the youngest of 10 children and predeceased by all. Wilson fished for the majority of his life until he retired at the age of 65 where he then spent his time making wooden crafts and enjoying time with his family.

Smith, 61, passed away on June 11. He was born on January 8, 1958 in Clark’s Harbour. He spent over 40 years of his life on the water as a fisherman but worked at many more occupations. He called himself a Jack-of-all-trades and in addition to fishing, he was a baker, backyard mechanic, carpenter, wood worker, cement manufacturer, volunteer firefighter, stock car driver and 4×4 truck racer. In his later years, he spent time on the water on the Sassy Lassy with his friend Captain Gary Sears.

Bussey, 74, passed away on June 20. He was born in St. Anthony on November 16, 1944 to Garland and Sadie Bussey of St. Lunaire. As a young man, Roy fished alongside his father, his uncle Jake and cousin Guy. He fished for most of his life. In later years, he worked as a weighmaster with Burden’s.

Burke, 84, passed away on July 2. Born in Sluice Point, Nova Scotia on February 4, 1935, he was a son of the late Isaac and Constance (Burke) Bourque. Joseph retired as a fisherman and was also a cook during his working career.

Nickerson, 65, passed away on June 18 at the QEII Hospital, Halifax. Born on October 14, 1953, he was a son of the late Leamen Clarence and Violet Hazel Nickerson. He spent the majority of his life on the water as a fisherman.

Perry, 93, passed away on June 15 at the Roseway Hospital. Born in Roseway on October 30, 1925, he was a son of the late Abraham and Adora (Gooding) Perry. He spent his early years in Roseway and later moved to Ontario where his brother Lewis was living and worked on a farm. He then returned home to Round Bay and turned to fishing. He was a fisherman all of his life until injuries forced him to retire.

Casey, 61, passed away on May 29 at the Guysborough Memorial Hospital. Born in Canso, he was a son of the late Harry and Blanch Casey. He worked various jobs, including driving the school bus, but spent most of his life working for K&N Fisheries. He was an avid volunteer in the community and spent many years as chief of the volunteer fire department.

Salt, 80, passed away on June 4. Born on July 3, 1938, to the late Henry Stuart and Madeline Maude (Lilly) Salt in Toronto, he was destined to work on the water and following in his father’s footsteps, became the next in a long line of certified first-class marine engineers.

Moore, 83, passed away on June 22 at the Saint John Regional Hospital. Born in 1936, in Saint John, he was the son of the late Samuel James and Emma Gertrude (Benjamin) Moore. He worked as a lobster fisherman until age 74. He also worked as a longshoreman with the ILA between fishing seasons for over 30 years. 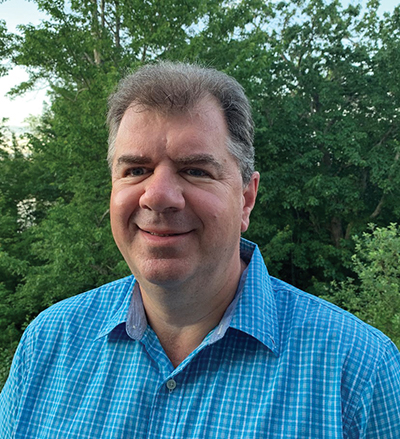 Four Ports Capital recently welcomed Peter Allen onboard as its newest Financial Broker. Based at the company’s Dartmouth. N.S. office, Peter will be assisting Four Ports Capital in expanding its reach throughout Atlantic Canada. Peter has extensive financing experience having worked in the financial services industry for the past 30 years. He has an in-depth knowledge and understanding of personal banking, private wealth management and commercial and corporate banking financing. His client-oriented approach and hard work has allowed him to build an extensive network of clients and contacts throughout the region. Throughout his career, he has volunteered with a number of charities and served on the executives of a number business groups. Peter is well-versed in business and always willing to share his knowledge. Originally from Corner Brook, N.L. he currently resides in Halifax, N.S. with his wife.