O’Connell, 81, passed away on October 24. He was born in East Baccaro, August 5, 1938, to parents, Russell and Bertha (Smith) O’Connell. He was a hard worker and provided for his family with all his power. Russell worked many years as foreman at Cape Anne Seafood in Port La Tour and many other plants all over the county as long as his health would allow.

Corrigan, 80, passed away on October 13 at St. Clare’s Mercy Hospital in St. John’s. He was an avid outdoorsman and lover of nature. If he could not be found at his beloved Powell’s Head, where he was lightkeeper for 47 years, he could be found fishing, duck hunting or on the barrens with his retriever at his heels.

Loder, 87, passed away on October 13. He was born on December 30, 1931 to Allen and Dulcie Loder of Griquet. He worked most of his life as an inshore fisherman, which he loved to do.

Ross, 59, passed away suddenly on October 18. Born in Shelburne to Margaret and Landon Ross, he grew up on the Barrington Road in Woods Harbour. He was an active member of the community, joining the Woods Harbour Volunteer Fire Department at the age of 19. He continued his service being Fire Chief for 20 years. He worked most of his life in the seafood industry. He was tank foreman at East Coast Seafood in between working at Frank Malone’s boat shop. He also did some truck driving with Kenney and Ross Trucking, which he co-owned with his cousin Bill. For the past 19 years he was a valuable team member as tank foreman at Ship’s Lobster Pound.

Atkinson, 76, passed away on October 17.  He was born on November 14, 1942, the son of Rupert and Dorothy Atkinson of Swims Point, N.S. He started lobster fishing with his father at the age of 16. Shortly after he began working for Ed. C. Nickerson, a local fish dealer. A few years later, he moved to Montauk, N.Y. where he worked for Perry Duryea’s Fish Market, as well as a yacht club and ice house. After two years he moved back to Clark’s Harbour and worked as a deckhand, which soon lead him to follow his passion of becoming a captain of his own vessel. For over 40 years Harry was owner/operator of several boats, where he employed over 100 deckhands, many of whom went on to captain their own boats.

Deveau, 75, passed away on October 21 at home. Born in Meteghan River, he was a son of the late Louis and Estelle (Comeau) Deveau. He was a fisherman for over 40 years in the scallop, fish dragging and lobster sectors.

Saulnier, 91, passed away on October 11 at home. Born in Meteghan, he was a son of the late Edmond and Estelle (Pothier) Saulnier. He was a fisherman during most of his working life, up until his retirement. 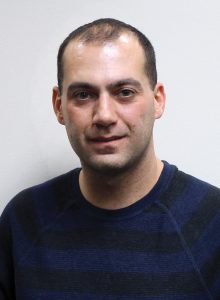 Tim has spent his entire life cruising the waters of Conception Bay, N.L. and sport fishing giant bluefin tuna. As a career firefighter, Tim finds lots of time to spend on the water with family and friends and to take part in the charter and commercial tuna fishery. His love of boats and the marine industry has left him with a wealth of knowledge in vessel care and repair in both gasoline and diesel-powered boats. Tim is now proud to be working with Ocean Yacht Sales as a broker and is looking forward to using his years of marine experience to help his clients choose the right pleasure boat that suits their needs.

Will the Fishery be a Top-Tier Government Priority?