Fillier, 94, passed away on October 4 at the Curtis Memorial Hospital in St. Anthony. He was born on December 15, 1925 in Hampden, N.L. and moved to Englee at an early age. He worked in many areas through his life, from working in the woods, operating as a deckhand on freighters and cooking on the Grenfell Mission boat, Marvel. In the last 18 years before retirement, he worked at the fish plant in Englee.

Smith, 89, passed away on October 26 at the Roseway Hospital, Shelburne. He was born on April 4, 1931 in Newellton and was a son of the late Kenneth and Edna (Brannen) Smith. After he retired from many years of fishing, he continued as the Executive Director of the Southwest N.S. Fisherman’s Longliner Association for many years, where he was awarded the Confederation medal.

Atkinson, 65, passed away on October 12 at the Yarmouth Hospital. He was a son of Claudia and the late Sheldon Atkinson. He spent the majority of his life on the ocean. He was a dedicated sailor, husband, father and grandfather. After serving 23 years, he proudly retired from the Canadian Coast Guard’s Search and Rescue team. As a mate aboard the James Thompson and the Matthew Atlantic, he achieved one of his proudest accomplishments — he took both of his sons to George’s Banks before they were 10 years old.

Goulden, 70, passed away on October 26 at home. Born on August 21, 1950, he was a son of the late Nelson and Alma (Munroe) Goulden. A hard worker, most of his working life was done on the water, of which he was very proud, as a fisherman and later working with Search and Rescue where he reached the status of Captain.

Fitzgerald, 70, passed away on October 20 at the Villa St. Joseph-du-Lac, Dayton. Born on February 20, 1950 in Little River Harbour, he was a son of the late Ralph and Cedulie (Harris) Fitzgerald. He worked as a lobster fisherman, a bloodworm harvester and a painter, having also worked at Alwood Products in Yarmouth.

Quinlan, 47, passed away on October 10. He was born on September 13, 1973 in Shag Harbour, Shelburne County, N.S. His love of the ocean was in his blood where he learned from his father and worked alongside his brother, Curtis.

Smith, 82, passed away on October 8 at the Roseway Manor, Shelburne. Born on December 23, 1937 in Bear Point, N.S., he was the son of the late Leslie and Althea Smith. He was a fisherman in his younger years and in 1983 he started his own business, Emery Smith Fisheries Ltd. He was a well-respected businessman who made many friends within the seafood industry.

LeBlanc, 85, passed away on October 10 at the Yarmouth Regional Hospital. Born in Church Point, he was a son of the late Louis and Lucie (LeBlanc/Bourdon) LeBlanc. He spent most of his working life as a fisherman, having worked for Comeau Sea Foods Ltd. for over 30 years.

Cook, 26, passed away on September 26. Born in Yarmouth on January 4, 1994, he was the son of Shawn and Stacey (Ryerson) Cook. He was a lobster fisherman, a welder by trade and did construction work with his father.

Stevens, 77, passed away on October 13 at the Halifax Infirmary. Born in Lunenburg, he was a son of the late Warren and Inez Stevens. He was predominately a fisherman and a carpenter for most of his life. He was well known for his wood carvings and lifelike model boats.

Peters, 81, passed away on September 30 at the Yarmouth Regional Hospital. Born on April 28, 1940 in Westport, Brier Island, Nova Scotia, he was the son of the late Eustace and Helen Peters (Currie). He grew up on the shores of Brier Island, learning about trapping, hunting and fishing at a young age from the older generation. It was here that he developed his lifelong love for all things related to the sea. He left home at age 17, enlisting for Service in the Royal Canadian Airforce, serving for 10 years. After leaving the Service, he obtained his Master Mariner Certificate as Captain, Home-Trade. He went on to work extensively in the marine industry for multiple companies as Mate, Second Mate and Captain. He spent many happy years fishing on the Bay of Fundy, most notably on the Peters’ Pride. He retired in 1991 as Captain with the Canadian Coast Guard.

Comeau, 61, passed away on October 22. Born in Yarmouth, he was a son of the late Gilbert and Rose Emma (LeBlanc) Comeau. He worked at A.F. Theriault & Son Ltd. for over 35 years. 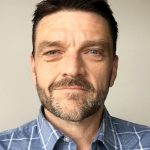 TriNav Marine Brokerage recently welcomed Anthony Druhan onboard as its newest Nova Scotia-based Marine Broker who will be working from his home office at Italy Cross, as well as the company’s Yarmouth and Dartmouth offices. A native of Cape Breton, Anthony grew up around the marine industry, working at his family’s boat dealership. With a professional background as an estimator and project manager, he will be combining this experience with his fondness for the marine and fishing industries to offer a straightforward and stress-free experience for his clients. Anthony is proud to be now working with TriNav Marine Brokerage and is looking forward to using his years of experience to help his customers in the fishing industry. He enjoys fishing and camping, time on the water and volunteering in the Bridgewater area, where he resides with his family.

The Global Ocean Observing System (GOOS) recently named Dr. Anya Waite as its first female co-chair. Dr. Waite will be the only Canadian on the multinational committee and the first woman co-chair since the Committee was created in 2011. The multinational Steering Committee under her co-leadership provides oversight of GOOS activities and governance framework, including the expert panels and operational teams, regional alliances, development projects, and the coordination of oceanographic and marine meteorological observing, data provision and services. Dr. Waite leads the Ocean Frontier Institute, a transnational research hub, overseeing 23 large research projects studying the ocean’s most pressing issues, and delivering results and recommendations to inform government policy, community development and industry needs. Established in 1991, the Global Ocean Observing System is a collaborative system of ocean observations encompassing in situ networks, satellite systems, governments, UN agencies and individual scientists, which provide ocean observing data and assessments to feed global and national models for climate predictions, weather forecasting, maritime operational services and marine ecosystem health monitoring. Ocean observations are the key to help us understand, manage and prepare for the ocean’s many impacts on human life, including as a regulator of the Earth’s climate system.

Keith Hutchings was recently appointed as the new managing director of the St. John’s-based Canadian Centre for Fisheries Innovation (CCFI), Memorial University’s research and development centre for Atlantic Canada’s fishing and aquaculture industries. Hutchings will work directly with industry to facilitate access to scientific and technological facilities and expertise within Memorial University and Atlantic Canadian institutions in the areas of aquaculture, fishing and harvesting with the aim of enhancing the industry’s productivity and profitability. He was a member of the House of Assembly, Government of Newfoundland and Labrador, from 2007–19. As a senior cabinet minister, he led the Department of Innovation, Business and Rural Development and served as Minister of Intergovernmental Affairs. He led the Department of Fisheries and Aquaculture as well as the Department of Municipal Affairs. In addition, he served as Parliamentary Secretary in the departments of Human Resources, Labour and Employment, and Health and Community Services. He was the lead minister for the province during negotiations for the Comprehensive Economic Trade Agreement between Canada and the European Union. Hutchings succeeds Robert (Bob) Verge, who retired from the Centre after 10 years of service.

On October 27, the FFAW-Unifor’s Joint Council ratified the election of new Secretary-Treasurer, Robert Keenan. Keenan will now join President Keith Sullivan along with members of the Executive Board, Inshore and Industrial-Retail-Offshore Councils in representing nearly 15,000 union members from coastal communities around Newfoundland and Labrador. The election was conducted as a result of the retirement of David Decker, who served as Secretary-Treasurer since 2003.