Efford, 77, passed away on January 2. Born on January 6, 1944, he was a popular and well-known N.L. politician. From 1985 to 2001, he served as a Member of the Newfoundland and Labrador House of Assembly. He was Opposition critic for consumer affairs, public works, fisheries, health and social services. He later served as Minister of Social Services, Minister of Works, Services and Transportation and Minister of Fisheries and Aquaculture. He was elected to the House of Commons in a by-election in May 2002 and was re-elected in the 2004 general election. In 2003, he was named Minister of Natural Resources. He also served as a member of the standing committees on Canadian Heritage, Fisheries and Oceans, Human Resources Development, Status of Persons with Disabilities, Aboriginal Affairs and Northern Development and Natural Resources.

Holmes, 94, passed away on December 12. Born on September 2, 1927, he was a son of the late Wellington and Janie (Goodick) Holmes. He lived all of his 94 years in the house on the hill, by the lighthouse. He started working in his teens going fishing with his brother Nelson. In his spare time, he would build small boats with his father. He worked at Ven-Rez for a number of years and then he went into boat building full time. He really enjoyed boat building and he built wooden boats for people all over the Maritimes. He was also the light keeper for the Sandy Point Lighthouse for a few years.

Nash, 61, passed away on October 30 at home. He was involved in the fishery since he was 18 years old and either worked in the fish plant or on a fishing boat. He was a hard worker and made sure he provided for his family even when times were hard.

Green, 88, passed away on December 2 at the Charles S. Curtis Memorial Hospital in St. Anthony. He was born on July 1, 1933, in Raleigh to Miriam and Barton Green. He spent most of his life working as a fisherman.

Boudreau, 71, passed away on December 15 at the Yarmouth Regional Hospital. Born on September 3, 1950, in Melbourne, he was a son of the late Alfred and Margaret Boudreau. Earl was a retired lobster fisherman, after which he sold lobster trap supplies.

Warren, 82, passed away on November 22 at the Villa St-Joseph-du-Lac. Born on December 17, 1938, in Liverpool, England, he was a son of the late James and Bertha (Pauwels) Warren. He made his living on the sea, working for 20 years as chief engineer aboard the MV Bluenose. His seafaring career began at the age of 19, working as a cadet on cargo freighters. Brian also worked aboard the Irving Miami as well as aboard the Princess of Acadia.

LeBlanc, 82, passed away on December 18 at the Meadows Home for Special Care. He was born in Morris Island on August 11, 1939. He was a son to the late Alfred and Anne (Fitzgerald) Leblanc. He worked as a chef for 29 years on the Bluenose ferry and operated a catering business with his wife Bev.

Dugas, 76, passed away on November 24 at home. Born in Meteghan Centre on April 17, 1945, he was a son of the late Gustave and Evelyn (Amirault) Dugas. He worked as a tinsmith at A.F. Theriault & Son Ltd. for 40 years. After his retirement, logging was his main interest.

Ross, 90, passed away on December 1. He was born in Stoney Island, to parents Orville and Edna Ross on June 11, 1931. He fished most of his life for lobster from Ellenwoods Island and went trawling for pollock and cod. During his summers he also went mossing.

Holmes, 70, passed away on November 26 at the Surf Lodge in Lockeport. He loved life to the fullest and was the happiest when he was on the sea. As a well-established fisherman, he lived and breathed it every day of his life.

Hodder, 78, passed away on December 19. Born in Burin, N.L. on June 24, 1943, he was the son of the late Samuel and Alice (Hines) Hodder. He worked as a fisherman for most of his life. He worked on draggers for National Sea Products and Clearwater Fisheries, retiring as a captain in 2001. He was also a talented carpenter who enjoyed working on many projects from kitchen cabinets to holiday crafts. 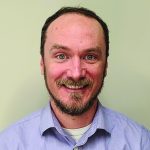 Devan comes to TriNav Fisheries Consultants (TFC) with 20 years of experience in fish and wildlife science and management. He hails from Newtown, a small rural community between Antigonish and Sherbrooke, Nova Scotia. He grew up spending most of his time inland, working on his parents’ Christmas tree farm and exploring the surrounding forests, lakes and rivers. His passion for the outdoors led him to pursue a BSc with a major in Zoology from the University of Guelph and an MSc in Renewable Resources from McGill University. After a decade attending school and working away, like so many other Bluenosers, Devan was drawn home. From 2012 to 2016 he worked as the Turtle Technician for the Canadian Sea Turtle Network, primarily coordinating their leatherback turtle in-water research program. Through spending time with their commercial fishermen partners on the water, Devan re-connected with the sea and its coastal communities. This led to him joining Oceana Canada as a Fisheries Scientist from 2016 to 2021, where he worked to advance sustainable fisheries policies intended to ensure thriving coastal communities for decades to come. He gained a strong working knowledge of the Canadian seafood sector and related provincial and federal regulations, polices, and fisheries science and management advisory processes — in which he regularly participated. He is excited to join TFC in supporting a wide range of participants throughout the fishing industry, helping to ensure their success.

The Board of Regents recently approved the appointment of Dr. Robert Shea as Vice-President (Marine Institute) of Memorial University, effective Jan. 1, 2022. The term of the appointment is five years and is renewable. Currently serving as the vice-president (Marine Institute) pro tempore since September 2021, Dr. Shea is the associate vice-president of academic and student services at the Fisheries and Marine Institute of Memorial University and associate professor in the Faculty of Education. His research and teaching has embraced career development, experiential learning, higher education leadership and adult education. His most recent publication is entitled Supporting Students Globally in Higher Education (2016). His most recent research project was a five-year study of Career Integrated Learning which investigates the importance of reflecting on student competencies through curriculum reform which has been identified in the publication Reclaiming the Value of the Liberal Arts for the 21st Century as a most promising practices in North America by the Education Advisory Board in Washington. He is a prolific presenter nationally and internationally. His university service includes leadership roles as president of national and international associations, including the Canadian Education and Research Institute for Counselling (CERIC), the Canadian Society for the Study of Higher Education (CSSHE), the Canadian Association of College and University Student Services (CACUSS) and the International Association of Student Affairs and Services Association (IASAS) representing more than 52 countries around the world. Dr. Shea has previously held multiple senior leadership roles at Memorial as director, dean and deputy provost. He is currently the co-lead of the historic partnership with Nunavut Arctic College.

On December 7, the Newfoundland and Labrador Aquaculture Industry Association (NAIA) announced the appointment of its new Executive Director, Jamie Baker. Baker has held leadership positions in the areas of communications, news media and industry representation — always with a focus on the seafood sector. He will now put his many years of experience to use as the foremost advocate for the growth of an aquaculture industry that is generating jobs, economic activity and hope in rural coastal communities through sustainable sea farming. NAIA is a member-based organization that represents the interests of seafood farmers and their suppliers in Newfoundland and Labrador. Baker joins the aquaculture industry association after the departure of Mark Lane, who has taken on a new role with the philanthropic organization The Northpine Foundation.

Derek Butler, Executive Director of the Association of Seafood Producers (ASP), was recently awarded the Economic Developer of the Year Award from the Economic Developers Association of Newfoundland and Labrador. “Derek has gone above and beyond in his role as Executive Director of ASP in these challenging times,” says Greg Viscount, Board Chair, ASP. “His leadership is instrumental in leading ASP through transformational change, from ASP’s growth in membership and staff, to meeting the obstacles that came with COVID-19, on top of our daily operations, including collective bargaining. We’re grateful for the work he does and continues to do on a daily basis.” In 2021, ASP expanded membership and staff and worked diligently towards building its profile and the profile of the seafood producing sector within the province, across the country and internationally. ASP helped members meet the challenges of COVID-19 and maintain operations through shared best-practices related to safety. Members were able to keep employees safe while delivering high-quality wild protein to the world, while maintaining a strong market presence, by retooling to target best market opportunities with the declining foodservice demand and this year, will allow the industry to make its highest contribution ever to GDP.

Important Lessons From the Past