DeBaie, 33, formerly of Mabou, passed away on November 7. He was born in Inverness and was a son of Albert and Elizabeth (O’Brien) DeBaie. He was employed as a fisherman and spent the last 14 seasons fishing alongside his father, and enjoyed his time on the sea. In addition, for the last four years, he worked as a drywall taper and interior/exterior painter, operating his own company, Caper’s Tapers and Painters.

Drakes, 88, passed away on June 13 at the South Shore Regional Hospital, Bridgewater. He was born in Millers Passage, Newfoundland and raised by his grandparents, Charles and Eliza (Drakes) Sheppard. He started his fishing career at the early age of nine, shore fishing with his grandfather on the Grand Banks. At 15 he moved to the Lunenburg area where he went dory fishing and later received his engineer’s ticket and continued scallop fishing with Adams and Knickle, Clearwater and Fisheries Product International. He then took a leave from fishing in the 80s to work on the oil rigs. Longing to return to fishing, he went with Scotia Trawlers and then started a business selling fish to many around the area up until recently, when his health started to fail.

Comeau 84, passed away November 9 at the Yarmouth Regional Hospital surrounded by his family. Born in Salmon River, he was a son of the late Eugene and Marie (Deveau) Comeau. Jean was captain of the Lady Comeau during most of his working life.

Theriault, 93, formerly of Church Point, passed away on November 17 at the Yarmouth Regional Hospital. Born in Comeauville on August 28, 1924, he was a son of the late Edée and Marguerite (Gaudet) Theriault. He spent most of his life at sea. He started as a lobster fisherman and then worked for Comeau’s Seafoods Ltd. aboard the scallop boat, Lady Louise and then the herring carrier, Jocelyne and Charmaine, until his retirement.

England, 35, passed away on November 8, at home. He was born in Guysborough and was the son of John England (Sr.) and the late Jean England. He had a passion for fishing, which began early at the age of 16 when he began working alongside Barry Levy. He continued with Barry until he passed away, at which time John took over the vessel and began working on his own. He was truly at home on the sea and enjoyed all aspects of the fishing life.

Crowell, 87, passed away on November 4 at the Yarmouth Regional Hospital. Born March 23, 1930, in Lower Wood’s Harbour, he was a son of the late, Desmond and Beatrice (Hann) Crowell. Ackie was a lobster fisherman and was also an avid Toronto Maple Leafs and Toronto Blue Jays fan. He enjoyed spending time at the Fisherman’s Haven playing crib.

Bent, 67, passed away at Queens General Hospital, Liverpool on November 22, surrounded by his loving family. Born in Liverpool, he was a son of the late Douglas C. and Hazel (Welch) Bent. He was employed for over 50 years with Mersey Seafoods, serving as a captain for over 30 years on various fishing vessels.

Nickerson, 93, formerly of Clark’s Harbour, passed away on October 30. Born in Clark’s Harbour, August 6, 1924, he was a son of the late Dewey and Genieve (Newell) Nickerson. He was a fisherman all his working life.

Cottreau, 56, passed away on November 2. He was born March 6, 1961 to Arthur and Annie Cottreau. A labourer, he worked for the past three decades at Wm. R. Murphy Fisheries in a variety of roles.

Harris, 39, passed away on November 14 following a motor vehicle accident. He was born March 12, 1978 in Sandy Point. Gerald was known as a hard-working man and had many interests, but work always came first. He was a fisherman most of his working life and also liked to work in the wood pile with his dad.

LeBlanc, 91, passed away on November 15 at la Villa Acadienne in Meteghan, N.S. Born in Lower Wedgeport, he was the son of the late Pierre and Françoise (Pothier) LeBlanc. During his working life, he went lobster fishing with various sea captains and raked Irish moss in the summer.

Goulden, 76, passed away on November 18 at Roseway Hospital, Sandy Point. Born in Birchtown, he was a son of the late Thomas and Letitia (Belong) Goulden. He started his working life as a truck driver and loader operator for Robert E. Collupy Ltd and enjoyed it greatly. Following that, from 1964 to 2000 he worked for Atkinson & Bower Ltd. as a welder/fabricator primarily serving the needs of the fishing industry.

Fougere, 65, passed away on November 8. Born in Antigonish, he was a son of Catherine (Benoit) Fougere, Cape Jack, Antigonish Co. and the late Raymond Fougere. He retired from Stora Enso and was an avid lobster fisherman.

Biles, 89, passed away on November 10. He was born in St. Anthony to Harrison and Emily Jane (Fowler) Biles on October 10, 1928. On May 11, 1950 he married Rosie Patey of Raleigh and they made their life in St. Anthony on Biles Point. They raised their four children there. Lewis worked for 40 years with Fishery Products, retiring in 1992.

Leslie, 59, passed away on November 18.  He started in the shrimp business in Ecuador and became one of the managing executives at High Liner for more than 26 years. At High Liner, he was in charge of business development and managed the rapid integration of the fishery products plant in Danvers and the numerous other seafood companies purchased by High Liner. 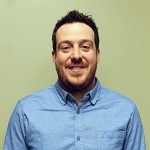 Sean Cole has been in the marine industry working as a Naval Architect, P.Eng. for more than 10 years. Prior to Sean commencing his employment with Marine Services International (MSI), he graduated from the Ocean and Naval Architectural Engineering Program at Memorial University in 2007. Over the past decade, Sean has consulted and worked with multiple technical firms on a range of different projects within the marine industry, focusing on naval architecture, vessel engineering and project management. His technical skills have been sharpened through successful delivery of high quality and uncompromising Marine Assurance and consultancy projects in the harsh North Atlantic environment. Leadership, teamwork and adaptability are key strengths Sean has developed through 10 years of experience working as an engineer and project manager for projects involving strong cultural variances and differing environments. Sean has been a certified professional engineer with PEGNL since 2014. 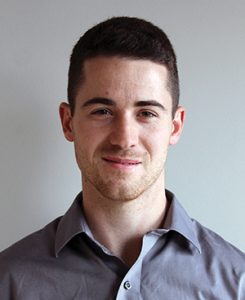 Nick Wagner is the latest addition to the TriNav Marine Design (TMD) technical team. He is a graduate of the Marine Institute’s Naval Architecture Technology Program and will be serving TMD’s customers and developing new clients in the Southwest Nova marine hub of Nova Scotia. Nick was born and raised in Digby County and has always had a keen interest in the boatbuilding industry specific to Nova Scotia and Atlantic Canada. As TMD’s newest Naval Architect, he will expand the company’s range of technical services to this region that plays host to the largest lobster fishery (LFAs 33-34-35) in the world.

Andre’s go-get-at-it attitude allows him to help a buyer search for their perfect boat. Taking on the customer service role, his upbeat attitude makes it a pleasure to get a customer’s boat needs serviced. With multiple top five National Championship finishes, World Championships and a newfound love for ocean racing and a recent second in the 2014 Newport Bermuda Race, he is always eager to pass on his sailing knowledge to the next person which makes him an ideal sailing coach. After receiving a B.Sc. Maj. Biology and a Diploma of Dental Hygiene, both from Dalhousie University, he decided to follow his true passion of boating. When he is not working, he likes to spend his time surfing or doing jujitsu, in the winter he likes to snowboard and volunteer with Canadian Ski Patrol and in the summer he lives to sail and race sailboats.

Hugh is dedicated to helping clients find their perfect boat and always willing to go the extra mile. He has been boating around Nova Scotia his whole life and is an experienced sailor in many local and international one-design fleets. His true passion, however, lies in power boating. His knowledge of boats and attention to detail is great for helping clients find their next boat whether it is new or used, power or sail. 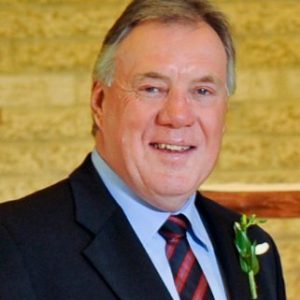 Richard Elliott is the latest industry veteran to join the TriNav Marine Brokerage (TMB) sales team. Richard has been in sales for more than four decades, working in the fishing, aquaculture, forestry, food and industrial industries. He worked in sales with Ropak Packaging for 34 years. Richard is well-known across North America, having worked with customers from Florida to Quebec. He will be based in Springhill, Nova Scotia and is a graduate of the mechanical draftsman program at the Nova Scotia Community College (NSCC).

Given annually by the Atlantic Salmon Federation (U.S.) since 1987, this award recognizes individuals who make a difference at a regional or national level for wild Atlantic salmon. Fitzgerald has served continually as a director of the Atlantic Salmon Federation (U.S.) since 2003, and before that as a member of the ASF National Council. Since 2002, he has volunteered on ASF’s New York dinner committee, helping to raise millions of dollars for wild Atlantic salmon conservation. The Lee Wulff Conservation Award is named for the famous angler, artist and conservationist who is often credited with inventing live release, the practice of carefully playing a fish and returning it alive to the water. Wulff was an officer of the Atlantic Salmon Federation. He helped popularize the sport of salmon angling in North America and was an important early voice in the conservation movement.

Lansbergen was recently named the Fisheries Council of Canada’s new president by Dave Giddens, Chair of the Board of Directors of the FCC. Lansbergen worked at the Forest Products Association of Canada for 15 years, being named the Acting President from 2015 to 2016. Before joining the Forest Products Association of Canada, he was the manager of communications at the Canadian Fertilizer Institute and a legislative assistant on Parliament Hill.

Jones was recently appointed Lead Federal Fisheries Negotiator for Indigenous negotiations in the Maritimes and Quebec by Federal Fisheries Minister Dominic LeBlanc. His mandate is to advance negotiations towards the reconciliation of fisheries rights in the Maritimes and Quebec with Mi’kmaq and Maliseet First Nations and the Peskotomuhkati. These fisheries negotiations are part of a broader reconciliation effort led by the department of Crown-Indigenous Relations and Northern Affairs.