MacDonald, 58, passed away suddenly as a result of a marine accident on May 12. Born in Inverness, he was a son of Anna Hodgeson and the late Clarence Boudreau. McDonald was a lobster, crab and tuna fisherman from a young age and loved being on the water. He was also employed for many years as an automobile mechanic and will be remembered as a fixer of all things broken.

Watts, 39, passed away suddenly on May 12 as a result of a tragic marine accident. Born in Antigonish on March 9, 1979, he was a lifelong resident of Port Hood, first on Marble Hill where he grew up and later in Colindale, where he built his family home. He was a graduate of Port Hood Consolidated School and NSCC and was a member of the Port Hood and District Volunteer Fire Department. From his earliest days, his passion was fishing and being on the water and it carried through his life. He was a dedicated family man and enjoyed teaching his children about boats and fishing.

Samson, 54, passed away suddenly while fishing off the waters of Northern Newfoundland on May 27. Born in Arichat on June 15, 1963, he was the son of the late Jean Francois and Sophie Marie (Girroir) Samson. He held a degree in mechanical engineering from the Technical University of Nova Scotia (Dalhousie University), but rarely spoke of the fact. However, in March of this year, he and son Jacques attained their mariner’s papers and the title of captain of which he was immensely proud. Brian was happiest on the water. He loved his boats and christened them with the names of his family and community; The Marie Sophia Daniel, The Miss Sophie, Le Petit Jean and The Miss PDG.

Samson gave up his opportunity as an engineer to join his father, John and partner Edgar, in the newly formed Premium Seafood Ltd. Encompassing the attributes of a true entrepreneur by nature, he never looked back.

Moreau, 58, passed away suddenly on May 5, as a result of a tragic boating accident in Port Medway Harbour.

Born in Liverpool, he was a son of the late Linwood and Doris (Clattenburg) Moreau. Moreau was a fisherman all his life. He was a former employee with Medway Fisheries before starting his own business, R&L Seafoods, with his companion Liz. He could always be seen selling his fish products from his truck.

Nickerson, 91, formerly of Clam Point, passed away at the Bay Side Home on June 4. Born November 10, 1926, he was a son of the late Elby and Albertha (Donaldson) Nickerson. Newton’s family remembers him as a very hard-working man and a well-known boat builder. He was also an animal lover and a great farmer.

Nickerson, 89, passed away May 10 at the Yarmouth Regional Hospital. He was born in Clark’s Harbour to the late Hugh Sr. and Orlena (Newell) Nickerson. He was a fisherman for 51 years, from an early age to retirement. He occupied his later years carving ducks and mending nets.

Van Norden, 72, passed away on May 8 at the Yarmouth Regional Hospital. Born in Yarmouth on October 31, 1945, he was a son of the late Herman and Rebecca (Smith) Van Norden.

Herman served in the Canadian Army artillery division in Shilo, Manitoba and then was a fisherman for most of his life. In his later years, he was employed with the Department of Natural Defense until he retired due to illness.

Surette, 71, passed away unexpectedly on May 5 at the Yarmouth Regional Hospital. Born July 3, 1946 in Yarmouth, he was a son of the late George and Rose Surette. He worked as a fisherman and fished lobster, scallops and swordfish.

Guptill passed away on May 30 after a long illness. He was a member of the Canadian Armed Forces, followed by a long career at sea with Atlantic Towing and Secunda Marine.

Neva was a homemaker at heart but spent most of her working life at the Fisheries Products Plant in St. Anthony. 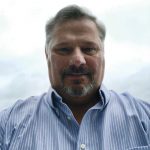 Athearn Marine Agency and the TriNav Group of Companies recently welcomed Doug Wood onboard as its newest marine broker. A native of Maine, Doug is a fourth-generation fisherman who started lobster fishing with his father at a very early age. He has been a successful commercial fisherman since 1986, involved in numerous eastern seaboard fisheries, including scallop, lobster, Bluefin tuna and quohog, to name a few. A veteran of the fishing industry, Doug has owned several commercial fishing boats over the years and has helped many friends find and purchase boats as well.

He has also owned a wholesale seafood company since 1999. Doug is the proud father of four sons, three of which fish lobster in Maine and scallops from Eastport to Cape May, N.J. Doug is based in Machiasport, Maine.

Griffin comes to C-CORE from Marine Atlantic, where he served as President and CEO since 2011 and prior to that as Vice President, Strategy and Corporate Affairs. He brings extensive senior management experience, particularly in technology industries, having served as Chief Operating Officer of Avalon Microelectronics, President of Rutter Technologies and President of NewTech Instruments.