Bartlett, 67, passed away on January 7 at home. He was born on January 5, 1955, in Quirpon, a remote community at the tip of the Northern Peninsula with a history in the fishery that dates back more than five centuries. He spent some time in the fishery, leaving the province on several occasions for work in Alberta and Ontario but always returning to his roots. He is best known as the man who penned and performed some of the defining songs of the cod moratorium era in Newfoundland and Labrador, including She’s Gone, Boys, She’s Gone.

O’Keefe, 87, passed away on January 9 at the Rufus Guinchard Health Centre. Born on October 24, 1934, he was a well-known and respected fisherman on the Great Northern Peninsula all of his working life.

Thibault, 75, passed away on January 22 at the Yarmouth Regional Hospital. Born on October 8, 1946, in Comeauville, he was a son of the late Dennis LeBlanc and of the late Elizabeth (Thimot) and also adopted son of the late Normand Thibault. He was known as a true, steadfast champion of the fishing industry and a safety champion in many respects.

Greene, 82, passed away on January 20. Born on November 18, 1939, he began his journey in Middleton, N.S., son of Emerson and Ruby (Corkum) Greene. In 1960, he joined his uncle, Ross Corkum, in the daily operation of Fisherman’s Market on the Halifax waterfront. Eventually he took over the business, it became Fisherman’s Market International Inc. and he was now FMII President. The business was relocated to the Bedford Highway in 1993. In 1995, he was the recipient of the coveted Entrepreneur of the Year Award for leadership and ingenuity. He retired at the conclusion of 2020, but stayed active as the company advisor until the time of his illness. In early 2021, he received the N.S. Seafood Legacy Award in recognition of his remarkable 60-year contribution to the industry.

LeBlanc, 71, passed away on January 1 at the Halifax Infirmary. He was born in Cheticamp on November 29, 1950, to the late Francis and Adelaide LeBlanc of Belle Côte. He was a hard working and respected commercial fisherman for close to 48 years, 41 of which he dedicated to serving the Canadian Coast Guard Auxiliary and in his retirement worked as harbour master.

Williams, 47, passed away suddenly on January 23. Born in Liverpool, he was a son of Carolyn (Lee) Williams of Port Mouton and the late Andy Williams. He made his home on the water working for Clearwater Fisheries and with Mersey Seafoods aboard the Mersey Venture as a deckhand.

Surette, 91, formerly of Surette’s Island, passed away on January 24 at the Villa Acadienne. Born on August 16, 1931, on Surette’s Island, he was the last surviving child of the late Elizer and Emma (LeBlanc) Surette.  He was a lifelong lobster fisherman.

Nickerson, 72, passed away on January 17 at home. Born on January 17, 1950, he was the son of the late Edwin and Helen (Atwood) Nickerson. He was Cape Island’s most sought after fish splitter and over the years worked for several fish plants on Cape Island, including, Stoddard Fisheries, GM Newell Ltd, Arthur L. Atkinson Ltd. and Old Salt Seafoods.

LeBlanc, 73, passed away on January 13 at the Meadows Nursing Home. He was born on March 11, 1948, in Yarmouth and was the son of the late Magloire “John” and Eva (Jacquard) LeBlanc. He worked at Acadian Sea Plants his entire career, starting there when it first opened and he was the longest employee to ever work there, having worked there for over 35 years.

Nickerson, 90, passed away on January 13 at the Roseway Hospital in Shelburne. He worked hard as the fishing captain of the Joey and Joan 1, Joey and Joan 2 and Old Shep.

Amiro, 75, passed away on January 12 at the Villa Saint-Joseph du Lac. Formerly of Surette’s Island, he was born on February 12, 1946, in Ottawa, Ontario and was a son of Kathryn (McEwen) Amiro, Yarmouth, and the late John Edward Amiro. He spent most of his life working as a lobster fisherman and also worked as a fish processor.

DeViller, 80, passed away on December 31 at the Yarmouth Regional Hospital. Formerly of Comeau’s Hill, he was born on July 21, 1941, in Comeau’s Hill and was the son of the late Reginald and Rose (Jacquard) DeViller. He worked as a lobster buyer, worked in a boat shop and as well as having worked on the Bluenose.

LeBlanc, 94, passed away on December 31 at the Valley Regional Hospital. Born on October 23, 1927, he was one of 11 children of the late Alphonse and Laïse (LeBlanc) LeBlanc of Concessions. In 1941, at 14 years old, he loaded his travel trunk on the train to Halifax to board a merchant marine ship. His seafaring adventures took him from coast to coast, throughout the world. He later bought a lobster fishing boat. In the early 1960s, he boarded the Lady Louise, one of Comeau’s Seafoods scallop fishing vessels as the galley cook for 13 years. The final 17 years of his long work career was with Fisheries and Oceans, Conservation Branch in Yarmouth.

Surette, 60, passed away suddenly on December 31. Born on July 14, 1961, in Yarmouth, he was the son of Yvonne (Clairmont) Surette and the late Lindsay Surette. He was a fisherman his entire working life and loved the outdoors, hunting, boating, fishing and four-wheeling.

White, 94, passed away on December 30. Born on December 3, 1927 in Yarmouth, his parents were Toussaint Elise Leblanc who died in 1932 and Margaret Jessie LeBlanc who died in 1948. At age 16, he received the General Service Badge when he signed a declaration committing to go to war when he was of age. In 1947, he was commissioned to the Canadian Coast Guard ship the Lady Laurier where he remained until 1952 when he joined the Royal Canadian Navy. He was stationed at Shearwater, N.S. as part of the HS50 Squadron and served as an aircraft technician on the aircraft carrier HMCS Magnificent, the aircraft carrier HMCS Bonaventure and the HMCS Protecteur. He was awarded a citation for developing a plan that saved many hours when repairing Sea King helicopters. He received many accolades for his superior workmanship and while on the Bonaventure, was put in charge of flight deck maintenance. He was a committed sailor who enjoyed the life. Before retiring in 1977, he spent two years working in charge of recruits at Cornwallis, N.S. where his career had begun.

Simpson, 54, passed away suddenly at home on December 27. Born on May 17, 1967, he was the son of the late Lonnie Simpson and Marinda (Penney) Simpson. He worked most of his life on the water, lobster fishing in the winter and spring season and fishing during the summer months.

Cunningham, 89, passed away on January 6 at The Meadows Home for Special Care. He was a son of the late Herbert and Grace (Ayres) Cunningham. He had fond memories of growing up at the Cape Forchu Lighthouse where his father was the lighthouse keeper. He was a well-respected lobster fisherman whose work ethic was second to none. If something was worth doing, it was worth doing right the first time.

Frost, 69, passed away on December 21. Born in Sand Beach, Yarmouth County, he was a son of the late Clarence and Marion (Moseley) Frost. At a young age he found his passion for the love of the ocean. His determination and hard work paid off and he became a captain at 19 years old, but only could receive his certificate on his 21st birthday. Most of his time was spent on the water fishing and delivering boats throughout North and South America. In his later years he managed a lobster pound until retirement. 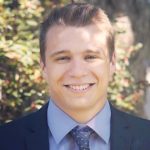 Marine Services International recently announced the appointment of its latest Naval Architecture Engineer, Luc Lefebvre. Luc is originally from Halifax, Nova Scotia and moved to St. John’s to attend Memorial University of Newfoundland where he graduated with a Bachelor of Engineering. During the completion of his degree, Luc had the opportunity to complete various work terms where he gained engineering experience in the oil and gas industry, exposure to the fabrication and construction of ships at the Halifax Shipyard and has had multiple work terms with the Canadian Coast Guard. Luc also completed a workterm with TriNav Marine Design where he acquired insight into the fishing industry. Shortly after graduating, Luc joined Marine Services International to continue learning and applying his engineering knowledge to the marine industry.

TriNav Marine Design recently welcomed aboard another Naval Architect, Coady Barron. Coady is excited to be working in his hometown of St. John’s, Newfoundland. He graduated from the Marine Institute with a Diploma of Technology in Naval Architecture in 2021. He has experience from various marine settings that have enhanced his knowledge of ship design and architecture. He is looking forward to working with TriNav Marine Design’s existing clients as well as forging relationships with new customers. 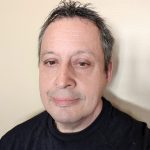 TriNav Marine Brokerage recently welcomed Dan Cotton onboard as its newest Québec-based Marine Broker. Originally from the port village of Riviere-au-Renard in Gaspésie, Dan has worked in the fishing industry for more than 30 years, 25 as captain on the family business fishing vessel. He has completed two training courses at the Grande-Rivières School of Fisheries in marine mechanics and commercial fishing and later completed his Class 3 fishing certificate at the Institut maritime du Québec in Québec. Dan is also an active volunteer with various organizations in his region. He is excited to work with new and existing brokerage clients and is committed to go above and beyond with each and every transaction.

TriNav Marine Brokerage recently welcomed Michel LeBouthillier onboard as its newest New Brunswick-based Marine Broker. Michel hails from Bas-Caraquet, N.B. and has been involved in the marine and commercial fishing industries for more than 25 years. Over the course of his marine career, he has been a fisheries observer, as well as a deckhand and mate on factory freezer trawlers. More recently, he served as a deckhand and skipper on tugs. With his wealth of marine-related experience, Michel is excited to meet and serve TriNav Marine Brokerage’s current and future New Brunswick clients. 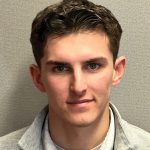 Athearn Marine Agency recently welcomed marine broker Jackson Schreiner to its staff. Jackson is a native of Falmouth, Massachusetts and has always had an affinity for fishing vessels and the commercial fishing industry as a whole. Growing up in Massachusetts, his summers were spent working as a crewman on local fishing vessels, mainly targeting pelagic species. Later, Jackson pursued a degree at the University of Rhode Island majoring in Marine Affairs and minoring in Business. He is excited to work with new and existing brokerage clients and is committed to go above and beyond with each and every transaction with Athearn Marine Agency. 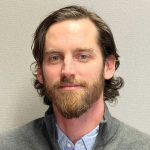 Athearn Marine Agency recently welcomed Ryan Nolan onboard as its newest Connecticut-based Marine Broker. Based in Connecticut, Ryan joined the Athearn team following a 15-year commercial fishing career. He worked primarily in the scallop and lobster industry out of Cape Cod, Massachusetts. His proximity to the Mid-Atlantic, industry background and network will help serve Athearn Marine Agency’s broad geographical footprint and diverse client base.

Royal Greenland’s Board of Directors recently announced that CEO Mikael Thinghuus will be stepping down from his position in the summer of 2022. Thinghuus took the position at the turn of 2010/2011 at a time when Royal Greenland was in a deep crisis both financially and strategically. Since then, the company has undergone a transformation — financially, commercially and strategically. Over the period, large deficits have turned into solid profits. More than half of the activities Royal Greenland operated in 2011 have been divested. The proceeds from the divestments have been used to repay the half billion DKK the company received from its owner, the Greenlandic Government, during the 2010 crisis and — perhaps more importantly — to invest in brand new operations in Newfoundland and Labrador, Nova Scotia, Chile and Norway. Mikael Thinghuus, who will turn 60 in June 2022, has, after careful consideration, concluded that it is both in his own and Royal Greenland’s best interests to find fresh talent for his position. The company has now launched a broad and professional search for a successor.

Breaking Down the Priorities