Deveau, 65, passed away on September 4, 2022. He was born in Cheticamp, N.S. on July 3, 1957. In 1986, he realized the dream of spending some time on the water when he bought a crab fishing enterprise in Area 19 off his beloved Cheticamp. He loved being on the water and went on to grow the business, eventually expanding into the groundfish fishery in the gulf and the tuna fishery off southwestern N.S. He would remain captain aboard the MV Sonya Lynn, lovingly named after his beautiful daughters, until the cod moratorium when he would retire from the fishery.

Aucoin, 76, passed away on September 5, 2022. He was born in Cheticamp on February 5, 1946. He loved spending time on the sea fishing crab and groundfish. He made his living on the water beginning at the age of 16 as a fisherman, then a marine engineer. In 2018, after enjoying the sea for 56 years, he moored the boat to the wharf one last time and retired.

Haley passed away on September 15, 2022. She was born in Yarmouth, N.S. on April 22, 1948. She worked in many jobs throughout her life and most recently worked as a fish processor.

Atkinson, 72, passed away on September 12, 2022. He was born in Barrington, N.S. on April 12, 1950. He did a brief stint in the RCMP which ended due to sports injuries. Back home, he was hired within the lobster and fishing industries. When he married, he wanted to be at home more, so he decided to go into lobster fishing on his own. He built three boats over the years and enjoyed a successful career in the industry.

MacMullin, 32, passed away on Wednesday, September 14, 2022. He was born in North Sydney on March 23, 1990. From a young age, he always had a love of the ocean. He was a fisherman at heart and spent some cherished times with his family, lobster and scallop fishing.

Hurlburt, 69, passed away on September 1, 2022. He was born in Yarmouth on April 10, 1953. He was a hard-working fisherman who enjoyed playing softball in his younger years. 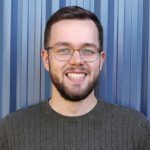 Navigator Publishing Managing Editor, Kerry Hann, recently announced the appointment of reporter Nick Travis. Based in St. John’s, Travis will be providing editorial content for the flagship Navigator Magazine, as well as the publishing company’s other titles, including Atlantic Fisherman and Atlantic Boating. Travis was born in Regina, Saskatchewan and raised in the small town of Weyburn, Saskatchewan. He moved to St. John’s, N.L. in 2018 to pursue an education in journalism at the College of the North Atlantic. Travis is looking forward to putting his journalistic training to the test as a fisheries and marine industry reporter in bringing insightful and high-quality content to the Navigator Publishing’s dedicated readers.

Andrew Furey, Premier of Newfoundland and Labrador, recently announced that effective immediately, Deputy Minister with the Executive Council, Jamie Chippett, will serve as the acting Deputy Minister of Fisheries, Forestry and Agriculture. Chippett began his provincial public service of Newfoundland and Labrador in 2001. His previous Deputy Minister appointments include Tourism, Culture, Arts, and Recreation, Service NL, Municipal Affairs and Environment, including responsibility for Fire Services, Emergency Services, and the Climate Change Branch, Municipal Affairs, Environment and Conservation, and Transportation and Works. From February 2017 to January 2019, he also served as the Chair of the Multi-Materials Stewardship Board. His earliest executive appointments included the positions of Deputy Clerk of the Executive Council and Associate Secretary to Cabinet and Assistant Secretary to Cabinet, Economic Policy. Chippett began his public service career in a variety of policy-related positions with the Departments of Labrador and Aboriginal Affairs; Tourism, Culture and Recreation; Executive Council; and the Intergovernmental Affairs Secretariat.

Whale Worries: Could AIS Tags be the Answer?