Bernard, 35, passed away on July 31. Born on July 2, 1984, in Antigonish, he was a son of Roger Sark and Nancy Ann Bernard. He was a fishing captain and fishing was his pride and joy and a big part of his life.

Morgan, 79, passed away on August 4 at Pleasant View Towers in St. John’s. Born on October 31, 1939 to Samuel Robert and Helen Morgan, he was educated at Memorial University, at Devry Technical School in Toronto and at Sir George Williams University in Montreal. He was first elected to the Newfoundland and Labrador House of Assembly in 1972. He served in the provincial cabinet as Minister of Transportation and Communications, Minister of Tourism, Minister of Forestry and Agriculture and as Minister of Fisheries. He was a candidate for the Progressive Conservative party leadership in 1979 but withdrew, transferring his support to Brian Peckford. In 1988, he made an unsuccessful bid to be the federal Progressive Conservative candidate in the riding of St. John’s East, but Ross Reid was chosen instead.

Doane, 88, passed away on August 31 at the Roseway Manor. Born in Roseway he was the son of the late Calvin and Marion (Davis) Doane. He was a hard-working, well-respected fisherman all of his life and the ocean is where he wanted to be, lobstering well into his 70s.

Brannen, 82, formerly of Charlesville, passed away on August 19 at home. Born in Stoney Island on August 8, 1937, he was a son of the late Herbert and Isabelle (Ross) Brannen. He was a fisherman and lobster fisherman with his sons until his retirement and enjoyed many hobbies such as carving beautiful decoys, raising heritage hens and deer hunting.

LeBlanc, 77, passed away on Friday, August 16 at the Yarmouth Regional Hospital. He was born on May 30, 1942 on Morris Island and in his younger years he began working as an apple picker and subsequently made his living on the sea, having worked in the lobster and scallop fishing industries as well as in the Irish moss industry.

Doucette, 71, passed away on August 12 at the Treasured Memories Senior’s Residence in Yarmouth. Born on September 17, 1947 in Quinan, he was a son of the late Leander and Betty (Wagner) Doucette. Arnold worked at Alwood Products for more than 20 years, after which he worked at Nova’s Finest Fisheries until his retirement.

Bright, 52, passed away of a heart attack on August 2. He was born in Digby on May 26, 1967 to parents Fred Smith and Joan Bright. He was a fisherman all his working life.

Robicheau, 99, passed away on July 31 at the Yarmouth Regional Hospital. Born on March 24, 1920 in Yarmouth, he was a son of the late Ernest and Lena (Deveau) Robicheau. He worked at Laurence Sweeney Fisheries for most of his life and he was a veteran of the Second World War, having served in Italy and England.

Meltzer, 63, passed away on July 19. She was born on October 29, 1955, in Saint John, N.B. She received a BA in French literature and philosophy, a LLB from Dalhousie University and a LLM from the University of Washington. She worked in Canada and abroad in public and private capacities, focusing on international law, coastal and ocean resource issues, international development, human rights and community economic development. She taught at Dalhousie University and Saint Mary’s University in Halifax; as a visiting professor at the World Maritime University in Sweden and served as Board of Inquiry for the Nova Scotia Human Rights Commission. She participated in negotiating policy and treaties in Canada, and at the UN as a member of several delegations, including the UN Law of the Sea Conference, preparatory meetings to the UN Conference on Environment and Development, UN Conference on Straddling and Highly Migratory Fish Stocks, and the subsequent UN Review Conference. She was also a noted writer, publishing numerous articles and reports and most importantly, her major 2009 book (with Susanna Fuller), The Quest for Sustainable International Fisheries.

Thibault, 79, passed away on August 5 at La Villa Acadienne. Born in Briar Lake, he was a son of the late Charles and Blanche (Doucet) Thibault of Saulnierville Station. He worked in accounting at Comeau Sea Foods for 32 years.

Cameron, 72, formerly of Trenton and Big Island, passed away on August 11 at the Aberdeen Hospital in New Glasgow. Born in New Glasgow, he was a son of the late James MacLean Cameron and Kelzie Pauline (Schrader) Cameron Jardine, formerly of Big Island. He was a fisherman for many years until ill health prevented him from fishing. He had been employed with the Nova Scotia Department of Transportation until early retirement at the age of 60. 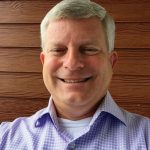 Richard served as an officer with the Canadian Coast Guard for more than 25 years, including senior positions such as chief officer and chief mate. For a decade, he also taught various navigation courses, in French and English, to officer cadets at the Canadian Coast Guard College in Sydney, Nova Scotia. He has vast experience navigating the waters of the Maritimes, Gulf of St. Lawrence and Newfoundland and Labrador, as well as the west coast of British Columbia and the western Arctic region. Richard is now proud to be working with Ocean Yacht Sales as a broker and is looking forward to using his years of professional marine experience to help his clients, in both official languages, choose the right pleasure boat that suits their needs. 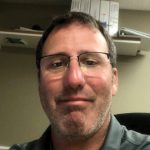 Upon graduating from high school in his hometown of Hawkesbury, Ontario, William joined the Canadian Armed Forces as a marine engineering mechanic and was stationed primarily on the east coast in Halifax, N.S. After serving 10 years, he left the armed forces and studied to become an industrial electrician. William specializes in controls and automation, working in Nova Scotia as a marine electrician, working offshore as an electrical technical officer in the oil and gas sector, as well as in supervisory positions such as electrical superintendent within the ship repair industry. An active pleasure boat owner and sailor, William takes pride in using his vast boating and marine technical knowledge in assisting his current and future Ocean Yacht Sales customers in finding the perfect boat that works for them.

The Game is Afoot