Dunne, 77, passed away on July 8 at home. A proud alumnus of Memorial University, he spent his illustrious 30-year professional career with the federal Department of Fisheries and Oceans. He was appointed Regional Director-General for Newfoundland and Labrador in May 1980. During his career, he stewarded the province through many difficult times, the most challenging being the announcement of the cod moratorium in 1992. He retired in 1995, and then spent many years as a consultant, writer and teacher.

Rumbolt, 71, passed away on July 17 at the Charles S. Curtis Memorial Hospital in St. Anthony. He loved the sea and fished on Camp Islands until the cod moratorium and with the Labrador Shrimp Compnay on the shrimp draggers. He sailed his last trip on the M.V. Northern Osprey III before retiring in August 2019.

Saulnier, 83, passed away on July 26 at the Yarmouth Regional Hospital. He was the son of the late Louis Saulnier and Regina Muise. He worked as a lobster fisherman and a boat builder.

Wood, 69, passed away on July 25 at The Meadows in Yarmouth. He was born in Yarmouth and raised in Tusket, where he lived his life. He was the son of the late Wilbur and Margaret (Hubbard) Wood. Donald worked at various jobs in his younger years. He was employed by Acadian Seaplants Ltd. for 35 years, a job he enjoyed and looked forward to.

Greenwood, 68, passed away on July 20, 2020. Born on July 20, 1952, he was the son of the late Eugene and Marguerite (Nickerson) Greenwood. He owned and operated his own boat at the young age of 16 and continued fishing until he sold his boat in the late 1980s. He also worked for Gregory Sears Lobster Pound on the Hawk for several years.

Fudge, 73, passed away on July 19 at the Yarmouth Regional Hospital. Born in Shelburne, he was a son of the late John Jacob and Ruth Irene (Williams) Fudge. He was a fisherman all his working life.

Nickerson, 86, formerly of Barrington Passage, passed away on July 8 at the Roseway Manor. Born on October 28, 1933, he was a son of the late Wallace and Evelena (Rennehan) Nickerson. He spent most of his career as a fisherman. He also managed CSI Fisherman’s Co-Op and Cape Ann Seafood’s.

Timmons, 82, passed away on July 7 at the Sacred Heart Community Health Centre in Cheticamp. Born in Red River on October 31, 1937, he was the son of the late Bertha and John Edward Timmons. While he had many hobbies and interests, he could be found on the water or in the woods teaching his grandsons how to trap, as he was known for his many prized pelts and working on perfecting that woodpile. Even after retirement from the fishing industry, he enjoyed going out with his son Robert and was always the one in charge.

Hagen, 47, passed away at home on July 8. Born in Liverpool, he was a son of Marlene Hunt (Payzant) and the late John Hagen. He spent his working life in the marine industry focusing on the sales and service of life-saving equipment. He began his career with Associated Marine Equipment as a liferaft technician in 1991. He was one of the founding partners of the DSS Group of Companies in 1998, along with Darren Trites, Steve Waller and Richard Neima. After 28 years servicing the marine industry, he retired in June 2019 to focus on his health and spend time with his family. 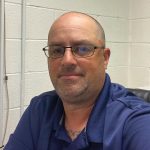 Arctic Fresh Seafood recently welcomed Patrick Hughes onboard as its Highly Migratory Species (HMS) Manager. A native of New Bedford, Massachusetts, Patrick has been involved in the local seafood industry for more than two decades. Growing up, he was first introduced to the seafood industry by his father who was involved in the New Bedford waterfront scallop business. After serving for two years in the United States Marine Corps, Patrick returned to Massachusetts in the mid-1990s and jumped back into the scallop business. For the last four years, he has also been involved with the tuna and swordfish business. His new role with Arctic Fresh Seafood will involve developing a swordfish and tuna program, along with any other species that fall under the highly migratory species category. Patrick and his wife have two daughters and one son, not to mention two grandchildren. He enjoys anything woods related — hiking, camping, kayaking, fishing, hunting, off-roading and anything that falls into the outdoors category. 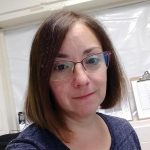 Born and raised in New Bedford, Massachusetts, Melissa has been involved in the local seafood industry for more than seven years. After graduating from New Bedford High School, she attended Bridgewater State University where she majored in education. Melissa taught pre-kindergarten before getting into the seafood industry. Melissa’s family keeps her busy, but when she does have spare time, she enjoys photography, gardening and the outdoors, live music and theatre and spending time with family and friends. Melissa has an 18-year-old daughter who just graduated from New Bedford High School and is headed to college in New York in the fall.

On the Waterfront - September 2020

Русские идут (The Russians Are Coming)