Sullivan, 59, died suddenly in his hometown of Calvert on April 5, 2017. He was a well-known, fisherman, captain and enterprise owner on Newfoundland’s Southern Shore.

Hollett, 86, passed peacefully away at Dr. G B Cross Memorial Hospital, Clarenville on April 2, 2017. He was a fisherman all his life and fished out of several ports in Placentia Bay.

Durkee, 68, passed away peacefully on March 16, 2017 in Yarmouth Regional Hospital. Born November 14, 1948 in Yarmouth, he was a son of the late Donald and Anne (Guy) Durkee. He was a trucker, having worked with Yarmouth Sea Products, Chebogue Fisheries and Lobster Hub. He was also a captain on several fishing vessels and was the last owner of his family’s business in Yarmouth, E.K. Spinney – Parker-Eakins.

Doucet, 93, passed away peacefully February 3, 2017 at the Villa Acadienne Meteghan. He was the son of the late Thimothée and the late Edesse (LeBlanc) Doucet. He owned Doucet Fisheries in New Edinburgh for over 35 years.

Whynot, 74, passed away peacefully in Queens General Hospital, Liverpool on March 24, 2017. Born in Liverpool, he was a son of the late Joseph and Nora (Whynot) Whynot. He was a former employee for the Town of Liverpool Works Department and worked as a tailor for Max Harding’s Men’s Wear. He worked with the freezer crews at both C. W. MacLeod Fisheries in Port Mouton and Mersey Seafoods, Liverpool. 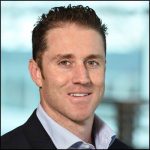 Howard has been in the financial industry servicing small and medium size entrepreneurs (SMEs) for 14 years, including 12 years with the Business Development Bank of Canada (BDC). His steady advancement in roles from account manager to senior sales role of Assistant Vice President of Business Development was a result of his hard work and dedication to building relationships with many of the province’s most successful and influential business people. He brings a vast network and industry knowledge from commercial real estate, residential land development, fishery, hospitality, retail, general contracting, etc. to Four Ports Capital Inc. Throughout his career, he has originated and help underwrite over $350 Million in commercial lending. He is a 2003 B. Comm. (co-op) graduate of Memorial University of Newfoundland with a concentration in Finance.

The Newfoundland and Labrador Provincial Government recently announced Wells as the independent chairperson of the new Fisheries Advisory Council effective immediately. The new Fisheries Advisory Council provides industry stakeholders with ongoing opportunities for input on government decision-making around the province’s fishing industry as the province moves forward in helping the seafood industry adapt to the changes currently underway. Wells has held a number of leadership roles within the Newfoundland and Labrador fishing industry over more than 40 years, including many years as a Director and Chairperson of the Fisheries Council of Canada and President of the Fisheries Association of Newfoundland and Labrador. Wells has also served as President of the Canadian Saltfish Corporation and Executive Vice-President of Fishery Products International. He has served on the Fisheries Advisory Group on International Trade and a variety of committees and special advisory groups over the years such as the Atlantic Regional Council (an advisory group to the federal Fisheries Minister), the Ocean Production Enhancement Network, the Canadian Centre for Fisheries Innovation and Technology, the Northern Cod Research Program and as a member of the Seafood Inspection Policy Advisory Committee. Most recently, Wells served as Vice-Chair and Acting Chair of the Standing Fish Price Setting Panel.

The Canadian aquaculture industry recently announced the appointment of Kennedy as the new Executive Director of their national association, the Canadian Aquaculture Industry Alliance (CAIA). He succeeds Ruth Salmon, who is leaving the position after a decade in the role. Kennedy is the former V.P. Government and Aboriginal Affairs for Spectra Energy.

Although many people know Provincial Aerospace as a diversified international aerospace and defence company, what has never been fully recognized has been their long history in maritime surveillance ranging from fisheries patrols to ice monitoring to interdiction.

Pat Quinlan has been involved in the fishing industry since 1954 when he and his brother began turning a small grocery and dry goods business in Bay de Verde into a fish processing operation. He is still the president of Quinlan Brothers — a family business that has grown into a multi-species player in the global fishing industry with almost 500 staff, exporting quality products to more than 20 countries worldwide.

Arrow and spearheads wash up on the beaches of Battle Harbour indicating that long before the mid-1700s when it became the unofficial capital of Newfoundland and British fishing interests in Labrador, it was a valued place. While the fishing station of Battle Harbour is no longer a bustling centre for the salt fish industry, having been restored by the hands of residents, it continues to create history and give back to the people of Labrador. Providing an important window into 200 years of fishing history that many Newfoundlanders and Labradorians can relate to, it is now a growing tourist destination that sets an example for others to follow as experiential tourism comes into its own. For what we already know about the history of Battle Harbour, for its continuing role and for the secrets it still holds, Battle Harbour is a deserving place to be recognized for its historic significance.