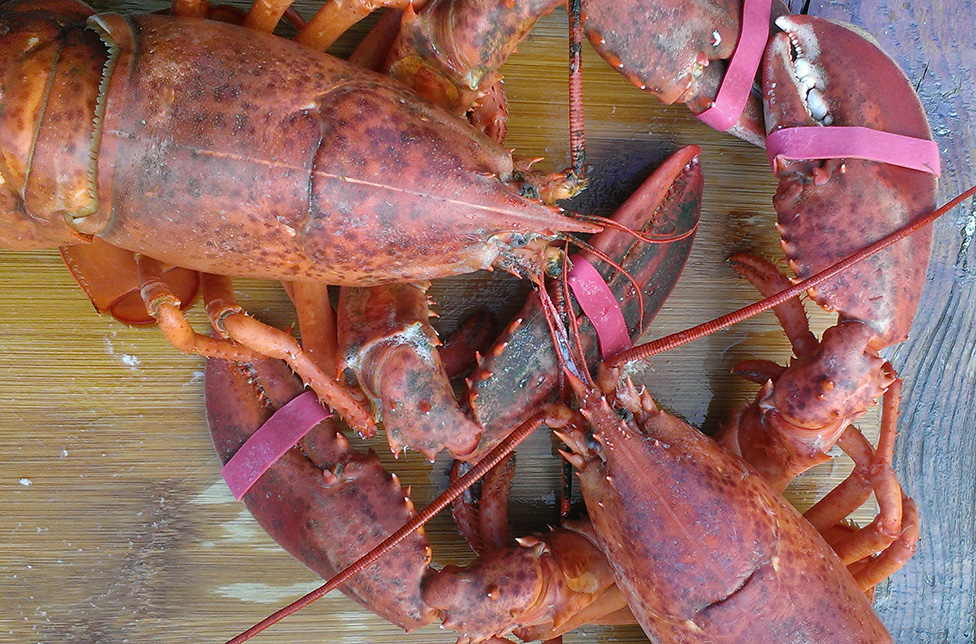 Mike MacDonald was doing some work around the Upper Room Soup Kitchen in Charlottetown recently when he got a phone call he never imagined he’d get.

On the other end of the phone line was Javier Alarco, executive chef of the Delta Prince Edward, one of the busiest hotels on Prince Edward Island.

As it turns out, Alarco had a problem, one that MacDonald was only too happy to help with.

The chef had 200 cooked lobsters sitting in his fridge and he was looking for a new home for them. He asked if the soup kitchen would be interested in taking them off his hands.
MacDonald was stunned.

He’s been working with the Upper Room for 14 years, he said, and no one had ever offered them a donation of lobster, let alone so much of the premium meat.

“Not even close. Nothing really compares to it to be quite honest with you, we’ve never been able to put on a lobster dinner for our clients before,” he said.

Mark Gregory, director of food and beverage for the Delta Prince Edward, said they were only too happy to do it.

Actually, the hotel’s kitchen has a long-standing relationship with the Upper Room going back at least 10 years to when Gregory was himself executive chef.

A couple of times a year the hotel staff will walk the short distance to the soup kitchen and whip up a meal for the clients.

“We were happy to do it, we have so many leftovers we didn’t know what to do with it,” said Gregory.

“We do our very best not to waste food. It is one our biggest expenses in our operation and you never want to see it go to waste.”

The unexpected windfall for the soup kitchen was actually leftover from a gala banquet capping off the Transportation Association of Canada’s conference at the hotel and conference centre. There were 909 registered guests and organizers ordered two lobsters per person.

When all was said and done, there were about 200 cooked whole lobsters left in the hotel’s fridge.

Normally the Delta’s kitchen would have extracted and preserved the lobster meat itself, for its own purposes; however, doing so takes a lot of expensive time and effort and can pose problems in a busy kitchen.

Realizing that the effort was probably not worth the payoff, Alarco put out a call to the soup kitchen.

They were only too happy to accept and in short order volunteers had picked up the crates from the Delta and set to work shelling the crustaceans.

They had quite the surprise waiting for their clients when they served supper that evening, said MacDonald.

“They, obviously, were quite enthusiastic. For many, that kind of meal is few and far between. So they were excited to have the opportunity and we were excited to serve it.

“It makes us feel good that there are donors out there that know the need is out there and it was great for the Delta to do this, because it certainly was a special thing for a number of people.”

After serving up a traditional lobster dinner, the volunteers of the Upper Room packaged the remaining meat and froze it.

They’re planning on cooking up a feed of lobster chowder a couple of times this winter, said MacDonald.

Attracting Fish Harvesters for the Future