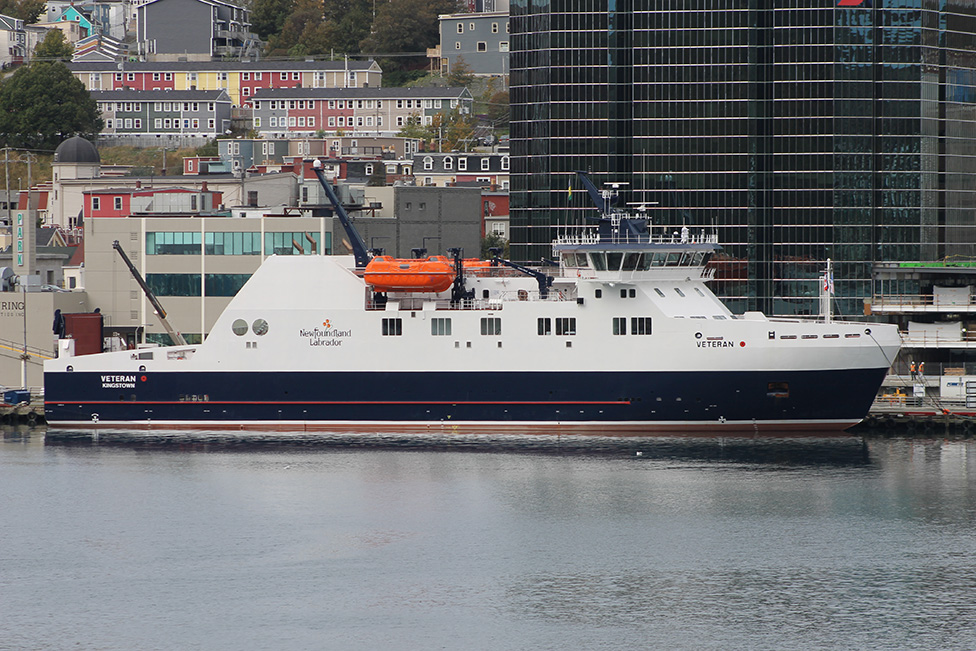 The newest addition to Newfoundland and Labrador’s ferry fleet is finally in the province’s waters.

The MV Veteran is a 14-knot, 80-metre ice class ferry and has a capacity to carry 200 passengers and 60 vehicles. The ferry is currently tied up in St. John’s harbour.

The MV Veteran is making steady progress toward Newfoundland and Labrador and is currently located approximately 100 nautical miles north east of St. John’s.

The vessel will then dock at St. John’s Harbour to clear customs, to allow for a training period and to conclude other operational and technical requirements. At that time, the province will also take possession of the vessel. It will begin service to Fogo Island – Change Islands in November as originally planned.

A welcoming ceremony and media tour of the MV Veteran is planned for the week of October 19. Details regarding the event will be provided to media early next week.

The MV Veteran is one of several new ferries to be constructed as part of efforts to renew the province’s fleet. The MV Legionnaire was launched in July at Damen Shipyards in Romania and is due to arrive in the province in the spring of 2016. The MV Hazel McIssac and the MV Grace Sparkes entered service in 2011.

No Replies to "UPDATE: MV Veteran Arrives in Province"