Last month, I wrote a column about valuing the ocean.

This month, I will follow up with a column about valuing fish, just one of the resources the ocean provides but a very important one, both globally and here in Atlantic Canada.

In 2011, Michael Mainelli and Ian Harris published an award-winning book entitled The Price of Fish: A New Approach to Wicked Economics and Better Decisions. It is worth noting that the authors were involved in creation of the Marine Stewardship Council, which tries to ensure that fish harvesting is sustainable.

In their book, they challenged people to think differently about some of the world’s most wicked problems — overpopulation, overfishing, sustainability, environmental pollution and pensions.

A wicked problem is difficult or impossible to solve, because of incomplete, contradictory or changing requirements that are often difficult to recognize and where there is no single solution. In other words, there is no clear definition of the problem, there can be multiple causes of the problem, there can be connections to other challenging problems and solutions are not right or wrong but better or worse. Often, they involve choices that have implications over different time frames — now and some time into the future.

For a start, market demand for fish and seafood has been strong and increasing over time, but the oceans have a limited capacity to provide wild-caught fish. Fish are also hard to find and count, so it is difficult to estimate the size of the resources with a high degree of accuracy. Data about the resources are often non-existent, incomplete or inaccurate, making management decisions subject to error.

Although fish resources should be renewable over time, the main management tool is fishing quotas set annually. In such circumstances, we say we use a precautionary approach, but do we really?

Deciding how much to catch has a number of different dimensions that can be broadly classified as biological, economic, social and political, so there are different measures of success.

Different stakeholders have conflicting agendas and try to influence the decisions. And there is no one right answer but some answers are better than others.

If you look at the global pattern of fisheries resource management, there is a lot of evidence it is done poorly. Approximately 1,500 fish stocks are fished commercially around the world, providing an important supply of food and incomes for the people who catch, process and market them. However, comprehensive estimates of abundance exist for only about 500 of those stocks, so there is no way to know if fishing is sustainable for the other 1,000.

It is worthy of note that the late 1970s and 1980s were the times when many countries around the world — including Canada — obtained 200-mile exclusive economic zones extending out from their coastlines, giving them the right to manage fish resources, among other things. Apparently, they used that new right to allow overfishing.

Because catches from the world’s fish resources have essentially been maximized, global commercial fish catches have not increased in over 30 years and there is no expectation they will be able to increase in the foreseeable future. The inability to increase supply from capture fisheries created an opportunity for aquaculture to expand and it now supplies over half of the fish for human consumption.

Here in Atlantic Canada, we have had our own issues with depletion of fish stocks, as the ongoing moratorium on fishing Northern cod and other groundfish stocks illustrates. Both globally and locally, we have been catching too much fish and not leaving enough in the water to create more fish. In doing so, we have taken a short-term benefit and ignored the long-term implications.

In their book, Mainellii and Harris suggested it wasn’t that wicked problems were too complicated but that our understanding of them is too simple — and often wrong — leading us to develop solutions that don’t work. They also suggested that one of the reasons is that prices often don’t reflect the true costs of providing a product or a service.

In particular, they say that we really don’t know the price of fish. If we did, we wouldn’t have overfished the Grand Banks of Newfoundland, the North Sea and other fish stocks. The price of fish cannot be right, if we are overfishing and deplete fish resources.

For example, the price of fish appears to be what harvesters are paid for their catches. But that is not the real price. 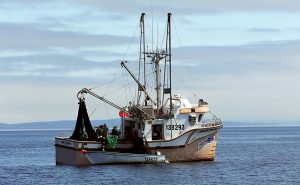 If the catches are depleting the resource or the fishing effort pollutes the atmosphere with greenhouse gases that cause global warming and change the abundance and distribution of fish stocks, the price of fish is actually much, much higher than the price at which fish are bought and sold. Furthermore, many countries subsidize their fishing fleets, thereby reducing the transaction price even more.

As I said in last month’s column, the only fish considered to have value are the dead ones we catch. But the live fish that remain in the ocean are needed to ensure there will be more fish in the future. Because they are the source of all future fish, they are much more valuable than the ones we catch and we need to take that into account in managing fish stocks.

A fish stock is an asset, because it can be a source of income in the future. But excess harvesting and processing capacity creates pressure to maximize income today, rather than taking the income in the future. That pressure leads to overfishing and depletion of stocks, even though fish in the water are much more valuable than the fish we catch.

Essentially, we have defined the problem as generating income today, not preserving the fish stock and allowing it to grow, so there will be even more income in the future.

But, as Mainelli and Harris suggest, it means our understanding of the problem is too simple — and wrong. And it’s an example of something else I believe to be true — it’s not what you know that gets you in trouble — it’s what you think you know but you don’t.

In last month’s column, I said that, even though the ocean clearly has a lot of value, it is not easy to estimate what it might be. However, it is somewhat easier to put a value on a fish stock.

If you look at a fish stock as an asset that generates future income, you can estimate the value of the asset by estimating what the future income might be and calculating the present value of that income.

For example, lobster landings in Atlantic Canada in 2018 were 97,381 metric tonnes, valued at approximately $1,419,651,000, or $14,578 per tonne. Processing and marketing added more value, so the resource generated considerably more income than the landed value. Unfortunately, it is difficult to estimate the overall value.

There are statistics for export values, but they don’t include the value of products consumed in Canada. In addition, Canadian processing companies import lobsters from the United States, process them and then sell them either in the Canadian market or in export markets, so the numbers are not representative of just the Canadian lobster resource.

Recognizing that it is an underestimate of the real value, if we just calculate the present value of the lobster catches for 50 years, it comes to $44.6 billion, assuming annual inflation is two per cent.

Over 60 years, the value would be $49.3 billion and over 100 years, it would be $61.2 billion. But these are catch values, not output values. Including the additional value added through processing and marketing, the present values would be much higher.

Just two of our major fish resources — lobster and snow crab — have a combined 50-year value of $68.1 billion, not including the extra value we get from processing and marketing. If we did similar calculations for our other commercial fish species, the catch value would undoubtedly be in excess of $100 billion and the overall value would be much higher.

Fish resources are a gift of nature.

As the calculations above illustrate, they are extremely valuable. Because they are renewable resources — if they are managed properly — they can provide a source of income for many people over long periods of time, as they have for millennia already. Assets with such high value should be managed well. 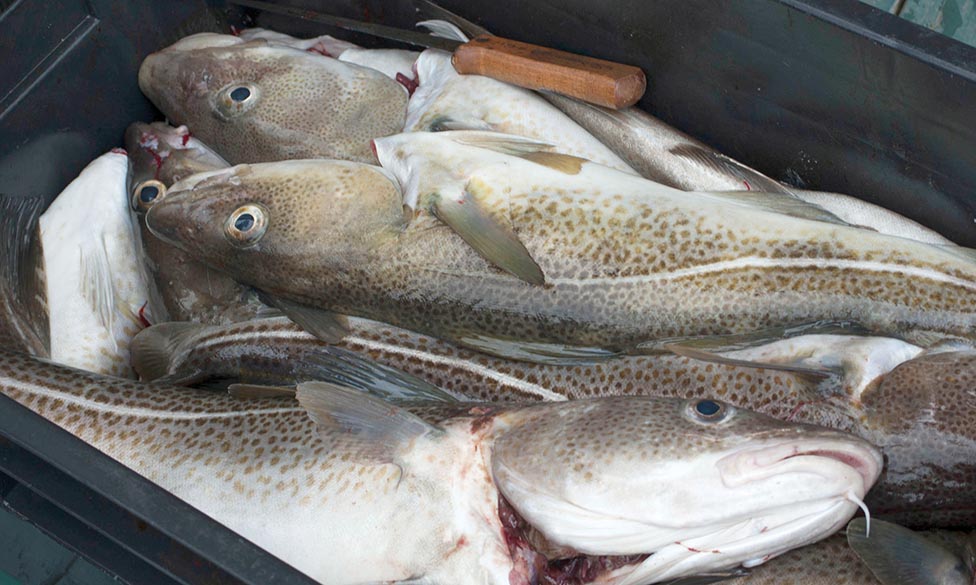 The calculations above assume the resource is able to continue providing the same catches that can be sold at the same prices over the time periods specified. Unfortunately, history says that is not likely to be the case. Resources are likely to be smaller in the future than they are today.

The values calculated above illustrate another point — the time value of money.

Unless you invest today’s dollars and get a return on the investment at least equal to inflation, their purchasing power diminishes over time. That is an incentive to buy today, rather than delay the purchase into the future. And it is a reason that governments like some level of price inflation. It stimulates economic activity.

That same logic applies to fish resources and it is a reason to catch more today and leave less for tomorrow. But it is also an example of how our understanding of the problem and the solution we have arrived at are too simple — and wrong — leading us into a trap. Applying the simple logic, we will deplete the world’s resources and leave little or nothing for future generations.

The World Commission on Environment and Development, chaired by Gro Harlem Brundtland, the former Prime Minister of Norway, published a report titled, Our Common Future in 1987 — over 30 years ago.

In the report, the Commission defined sustainability as meeting the needs of the present without compromising the ability of future generations to meet their own needs. Based on that logic and recognizing that world population is likely to be much higher in the future than it is today, we should now be catching less than a resource is capable of producing, to allow the resource to grow, so there will be enough for future generations.

Unfortunately, history suggests the likelihood of that happening is somewhere between slim and none. There is too much pressure to harvest fish today. Excessive dependence on the economic benefits of fishing is the greatest threat to sustainability of the world’s fish stocks.

The calculations above indicate that fish in the water are very valuable. Leaving them in the water benefits future generations. Catching them today benefits only the current generation of fish harvesters, who always want to catch more fish. But that definition of the problem is too simple and wrong. Fish harvesters will always have an incentive to catch more fish. They are not responsible for managing the resource.

Resource managers need to define the problem more broadly and consider that fish in the water are much more valuable than those we catch today. They must also consider that there is a significant difference between market value and replacement cost, because the cost of trying to rebuild a resource after it is depleted is huge.

The Northern cod stock has not rebounded enough to support a commercial fishery after nearly 28 years. The income lost because the resource was overfished is undoubtedly a very large number.

In contemplating that, it may be worth considering a quote from Hilary Rodham Clinton, wife of former U.S. President Bill Clinton, who got more votes than Donald Trump in the 2016 presidential election but lost anyway.  She said, “One thing we know for sure is that change is certain. Progress is not. Progress depends on the choices we make today for tomorrow and on whether we meet our challenges and protect our values.”

We need to do better in protecting our fish resources, to ensure they continue to be valuable in the future.

No Replies to "Valuing Fish"