We Need to Protect our Seafood Farmers

As a proud Newfoundlander and Labradorian, I can sit in silence no more and watch an industry pioneered by scientists and dedicated farmers of the sea since the 1970s be slowly eroded and destroyed by foreign interest groups such as the Sea Shepherd Society and other ideological radicals.

This September, our farming industry suffered a catastrophic loss of stock due to an unforeseeable environmental event. This act of Mother Nature and the impact that it has had on our industry was no different than a wheat farmer losing his crops to drought or another farmer of beef, pork or poultry losing stock due to some other extreme weather event.

Farmers losing stock and capital investment as a result of an occasional unpredictable environmental event is unfortunate in all aspects. In every instance that I recall as Canadians here at home, we support our farmers and fishermen in times of crisis.

As Newfoundlanders and Labradorians, we need to further unite and support our seafood farmers, plant workers, service suppliers and their families, who have been negatively impacted by this unfortunate circumstance.

We need to protect our seafood farmers and their families that live and work along our coasts.

We need to protect ourselves from those on the outside and their onslaught of relentless attacks on our industry and the people of this province.

Like wolves, the Atlantic Salmon Federation and Sea Shepherd Society, among other groups and individuals, feasted on the vulnerability of our seafood farmers in a time of crisis for nothing more than fanfare and fundraising. 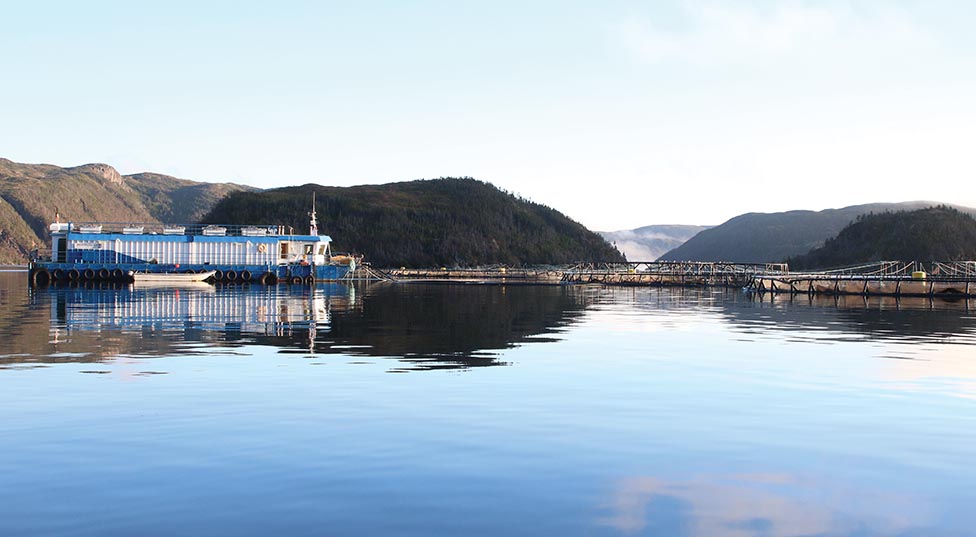 As an industry, we have accepted full responsibility for our mistakes in the past and maintain a commitment to the people of this province to always strive to improve and innovate in everything we do.

We are committed to work with all stakeholders who are truly dedicated to meaningful and productive dialogue to ensure our industry continues to grow sustainably and environmentally responsibly.

Recently, there was a mass mortality of chickens announced by the province. I truly feel for that farmer and his or her family’s loss having just been through a similar ordeal ourselves.

No one should ever wish harm to a farmer. Every farmer I have met in my life anywhere on the planet, work long and hard in all elements to provide income for their families and food for the world.

On the other hand, there is for salmon farming. There are many. The Atlantic Salmon Federation, Sea Shepherd Society and Ecojustice to name just a few.

Interest groups such as these make a livelihood by destroying others.

Throughout the 1960s, 70s and 80s, interest groups exploited and fundraised millions of dollars on the backs of our people by using foreign money to spread mistruths and misleading propaganda to the world.

Unfortunately, we let them win.

We did not fight back as hard as we should have. International public trust was eventually lost for that industry. Most politicians beyond our provincial borders turned a blind eye.

People lost their livelihoods, their sense of belonging in the world and their right to work and raise a family in their rural hometown.

Having destroyed the sealing industry in this province, these groups and others have returned to our shores; set out to destroy the livelihoods of our people in rural coastal communities once again.

The unfortunate media feeding frenzy, sparked by a misleading FFAW and efforts of external forces from foreign interest groups, has created enormous uncertainty and confusion for our people.

I truly feel in my heart that this attack on our province’s seafood farmers and their families was not warranted. Hard-working Newfoundlanders and Labradorians living in communities such as St. Alban’s, Hermitage-Sandyville, Harbour Breton and Poole’s Cove, among many others along our South coast, do not deserve this.

I do know one thing for certain, as a proud Newfoundlander I will not sit idly by any longer and allow these groups and others to destroy this critical industry. An industry that is critical to those who depend upon it to feed their families and provide food to the world.

I am respectfully asking for fellow Newfoundlanders and Labradorians to stand up for and support our dedicated seafood farmers and their families in a time of crisis.

We need to band together as a people and as a province to provide moral support to our friends and family in rural coastal communities during a time when they need it most.

No Replies to "We Need to Protect our Seafood Farmers"