It is not only a central food source in marine ecosystems, but also holds important subsistence and commercial value for people. Despite the ecological and economic importance of capelin, there are still many gaps in knowledge surrounding spawning behavior and shifts in spatial distribution, especially in the Labrador and Gulf of St. Lawrence regions.

In the summer of 2017, I came on the scene as the first Ph.D. student registered for the Marine Institute of Memorial University of Newfoundland’s Fisheries Science Program. I am working with Drs. Marie Clément and Grant Murray on a project investigating the stock structure of capelin in Canadian North Atlantic and Arctic waters.

The goal of the project is to incorporate indigenous and local ecological knowledge with genomics and phenotype information in order to better describe shifts in capelin spawning timing, tactic, and distribution across the North and South Coasts of Labrador and the Quebec Lower North Shore (QLNS). 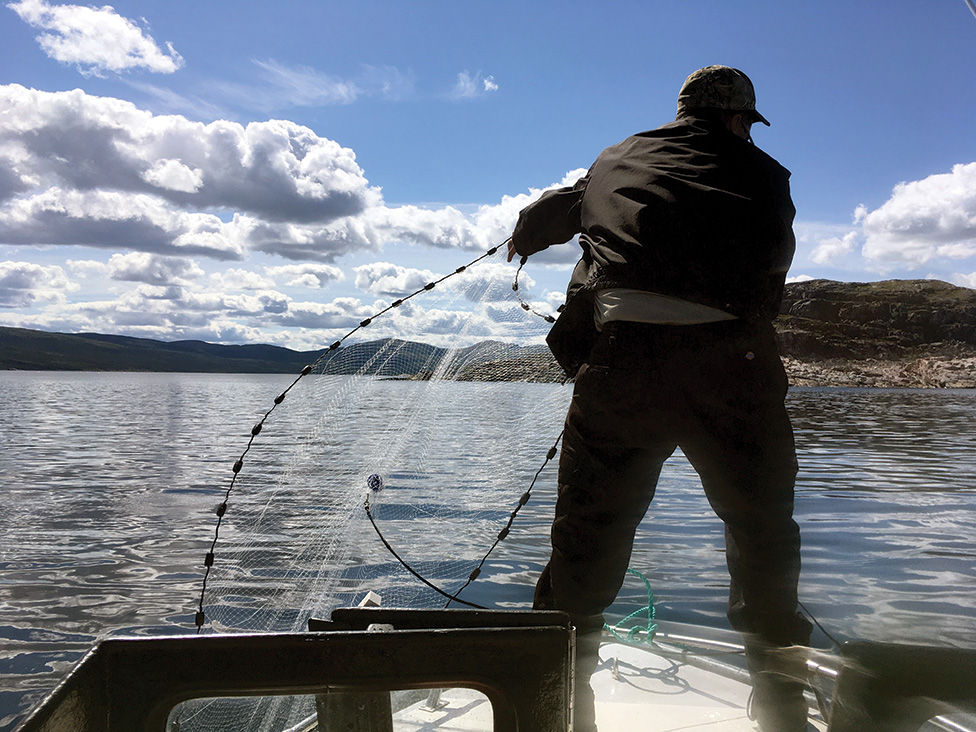 In recent years, there have been accounts from Indigenous and non-Indigenous local peoples of Labrador and QLNS of inter-annual variability in spawning timing, locations and tactics. Schools are no longer appearing in areas where capelin traditionally spawned on beaches and in some cases, have been observed spawning in deeper waters. Additionally, Indigenous peoples in Northern Labrador have observed two distinct spawning periods along their coast, one that aligns with the southern portion of Baffin Island (Nunavut) stock spawning timing and the second with the spawning sequence observed in the North Atlantic stock, later in the summer. These observations may support the hypothesis of a mixing zone between the North Atlantic and Arctic stocks in the Labrador Sea, where the overlap in spawning regions in early and late summer is being observed. 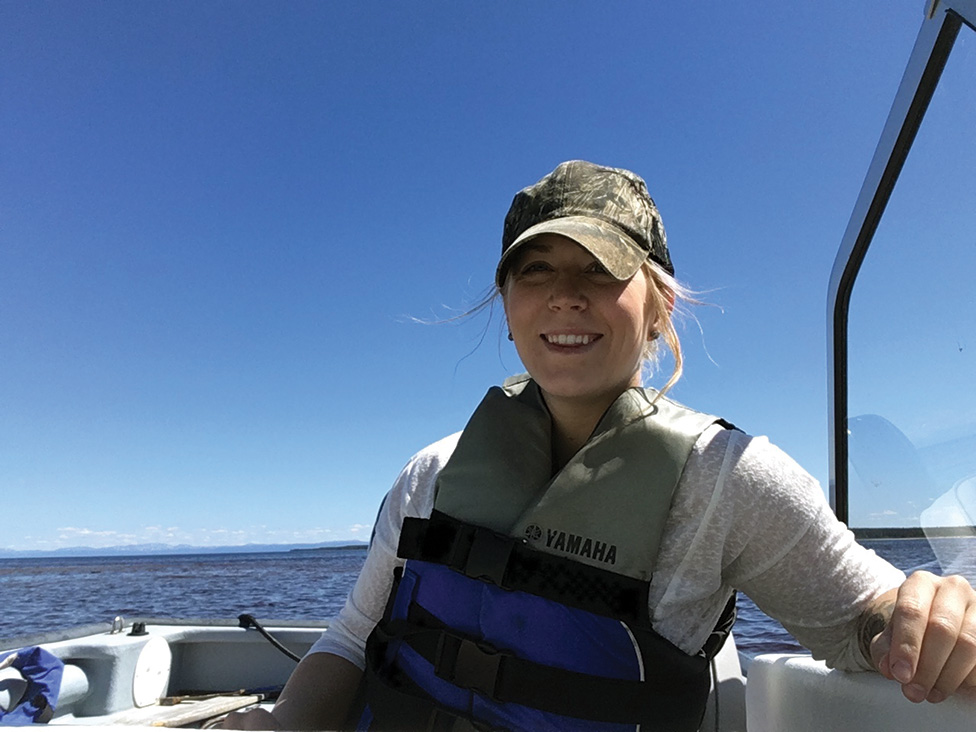 Chelsea Boaler is the Marine Institute’s first student in its new Ph.D. in Fisheries Science program.

Due to the lack of information, and observations of shifts in spawning behaviour, there also seems to be an under-documented controversial debate on future management of the Canadian North Atlantic and Arctic stocks amongst stakeholders.

From May until September, I spent my days in Labrador networking with our multiple partners and spending time in communities along the north and south coasts of the province’s mainland, working closely with the Nunatsiavut Government (NG) and the NunatuKavut Community Council, as well as collaborating with the Department of Fisheries and Oceans (DFO) and our industry partners. This work included collecting deep-water spawning samples off the coast of Makkovik with NG’s lead conservation officer to be used for genomic and phenotype analyses.

For my specific research, I will be utilizing multiple data sources, including both qualitative and quantitative information, and a mixed-methods approach. Through semi-structured interviews and analysis of DFO’s data logs, I will document inter-annual variability of capelin spawning and distribution.

I will be working closely with Indigenous and other communities in Labrador in order to launch an observer network relying on citizen science initiatives, such as student-stewardship and collaborative data collection with fishers. The purpose of the observer network is to track real-time capelin and related observations and to eventually have the community take ownership of the network, adapting to local needs over time. 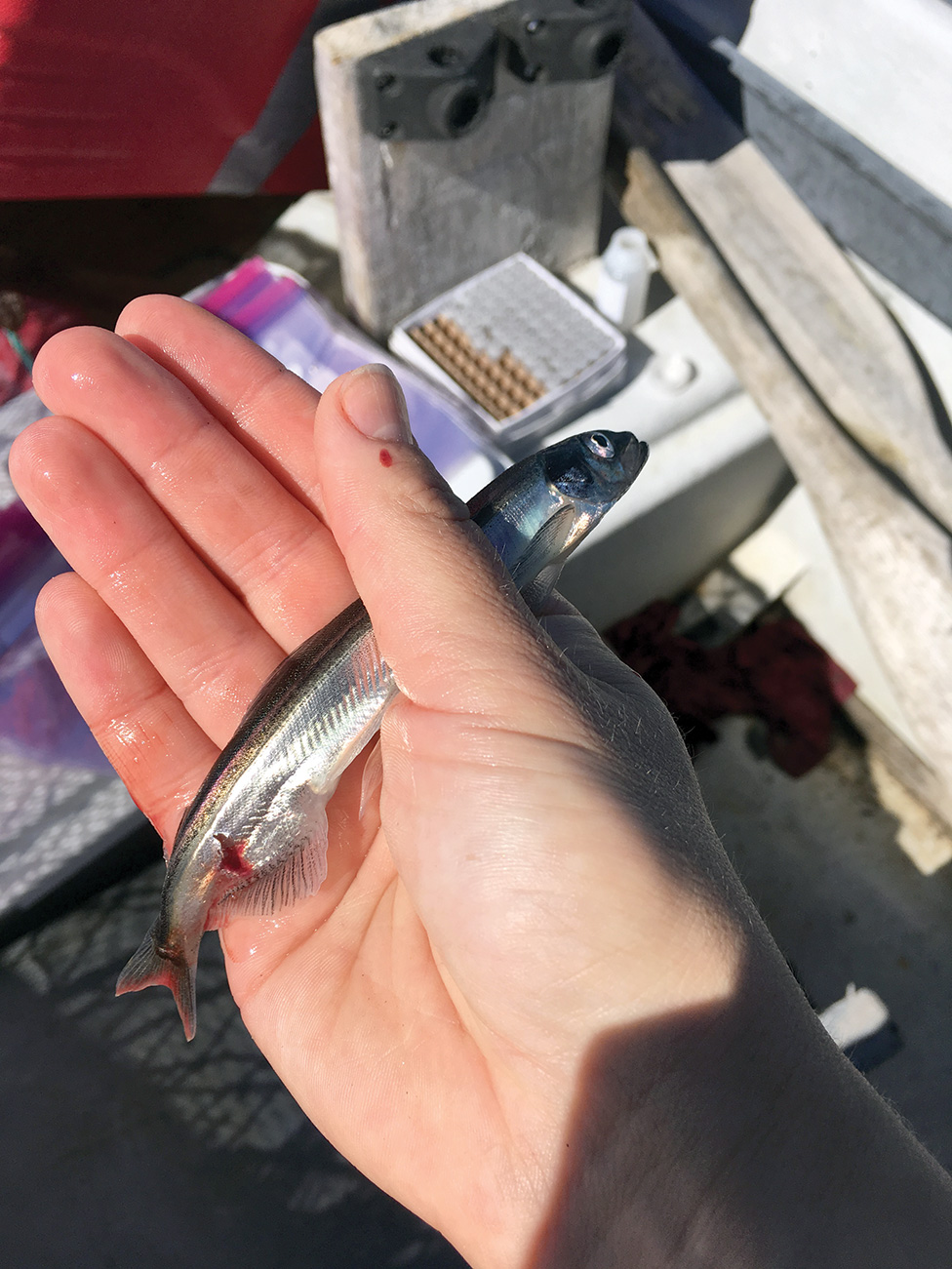 This collaborative research will be crucial in further advancing our knowledge and improving the management of capelin stocks in Canadian waters, though does not come without constraints. Representing multiple and diverse stakeholders can be challenging, but ultimately rewarding and crucial in furthering collaborative approaches in fisheries science and effective management practices.

The results from this project will not only lead to a deeper understanding of capelin and their relationship to fisheries and communities, but will also provide a basis for future work, such as acoustic surveying of key habitats and providing information to ongoing management initiatives such as Marine Protected Areas being considered by Indigenous communities in Labrador.

Is the Whole Greater Than the Sum of its Parts?

No Replies to "Working Together"