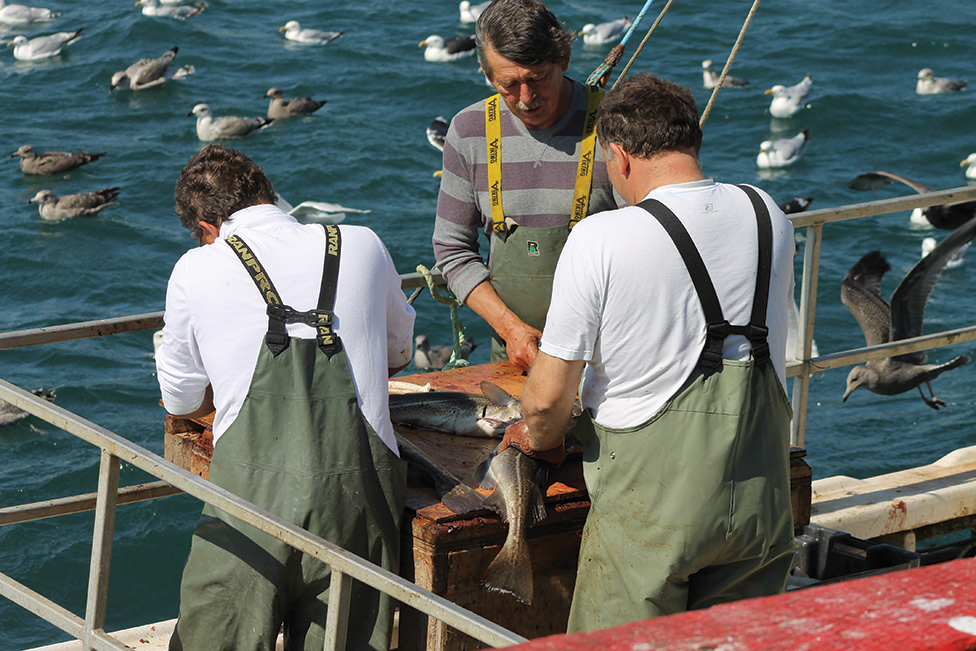 Concerns Continue to Be Raised Over N.S. Oil Industry Expansion

During the fall, a delegation from Norway visited Newfoundland to expound the virtues of longlining over other fishing methods, in producing a higher quality product.

They have been practicing this principle for decades and the proof is in the fact that Norwegian and Icelandic cod has a well-earned reputation as being the best quality in the world.

It is rather ironic that in November, the Canada-Nova Scotia Petroleum Board approved the sale of two properties, almost abutting the Canadian side of Georges Bank, to Statoil Canada Ltd., a subsidiary of Statoil, a company which is owned by the people of Norway.

The two parcels went for $82 million and pose a direct threat to a billion-dollar fishing industry based in south western Nova Scotia — not to mention the United States fishing industry which owns most of the unique fishing bank.

This is still not a done deal. It had to be approved by federal Natural Resources Minister Jim Carr and provincial Energy Minister Michel Samson.

This was disturbing news to the fishing industry for a number of reasons. Georges Bank is under moratoria from oil and gas exploration both in Canada and the United States. One of the leases is about 30 kilometres from the Canadian side of the fishing bank and the other a bit further out in the middle of a channel leading into the Gulf of Maine.

John Davis, director, Clean Ocean Action Committee, wasn’t happy with the decision and wondered if the Norwegians would allow such a thing to happen in the middle of their best fishing grounds.

What bothers Davis and others opposed to drilling in this area, is the lack of a rapid recovery plan in the aftermath of a spill. The use of dispersants is also being questioned as part of a mop-up operation because they would be more toxic to the environment than the oil itself.

“What we need are responsible partners in this venture to deal with major spills and clean ups,” Davis said following the announcement that Shell Oil got the go-ahead to begin exploratory drilling in the Shelburne Basin, a few hundred kilometres south of Halifax.

If granted, the licences will be for a six-year period, with further extensions if a well is drilled during the first six years.

And this could take some time as the area hasn’t been mapped out.

There have been 25 seismic tests conducted in the Georges area in previous years, but no wells have been sunk.

An oil spill in this area would be catastrophic to the fishing industry, both in Nova Scotia and New England, due to the peculiarities of Georges Bank and its currents. The effect of the Gulf Steam, the Labrador Current and the strong tidal action in the Gulf of Maine/Bay of Fundy system lead to a gyre being formed over the entire bank which produces nutrients on a continuous basis, making Georges a nursery for various fish and shellfish species.

Eggs are being produced on the bank 12 months of the year, with the location being the centre for Nova Scotia’s offshore scallop fishery and haddock fisheries.

Herring also frequent the area and the Hell Hole, located on the southern tip of Brown’s Bank which is just across the channel from Georges, a bluefin tuna hotspot.

This observation was carried in the Georges Bank Review Panel Report released in June 1999, a report which recommended a moratorium on the fishing bank — “Georges Bank is a more productive continental shelf than most. And why is it so full of life? Because it’s a mixing spot that no team of experts could ever think of designing, let alone working. It’s a spot where nutrient-rich arctic waters combining with warm Gulf Waters, creating a spinning current or ‘water lasso’ that encircles much of the Bank and corrals these elements. The sun beats down on the shallow waters of the Bank creating a forest of microscopic phytoplankton, sometimes called grass of the sea.

“These microscopic plants are a vital part of the marine food chain and grow on Georges Bank at a rate higher than any other continental shelf, attracting an entire ecosystem of marine animals,” a fishermen’s association representative said in the report.

Even if the politicians give this project the go-ahead, it will be far from a done deal. The public will have a chance to voice their opinion as an environmental assessment plan would have to be approved.

No Replies to "Concerns Continue to Be Raised Over N.S. Oil Industry Expansion"