I am sharing a photo (below) with you loyal Navigator readers of some of the squid that ran ashore on the beach near my fishing stage and fish store at Main Tickle, Twillingate recently.

This is not an uncommon occurrence this time of the year, but the only difference now is that years ago when we were fishing, the squid would always be picked up for bait.

In many fishing communities now, there are just one or two fishers left, their enterprises being sold out to “Big Fishing Skippers” with multiple enterprises and large crab quotas in many cases.

Think they are going to be on the beach picking up squid? 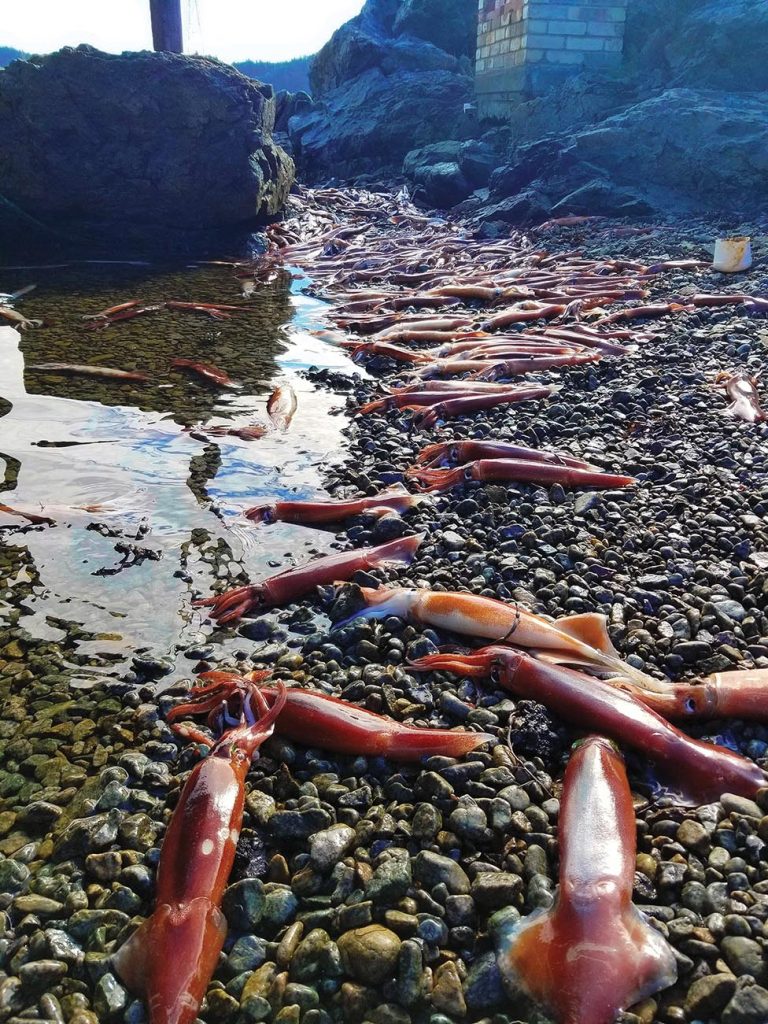 The rules of the Professional Fish harvesters Certification Board (PFHCB), enacted into provincial legislation years ago, when there may have been too many fishers to make a reasonable living from the available resource, is in no small way contributing to a concentration of enterprises and resource in relatively few hands.

In other words, we need to modify the rules of the PFHCB to make it easier for an elderly fisherman to pass his enterprise down the line to a family member rather than being forced to sell it to an existing fisher.

I would love to see as many fishermen make a reasonable living as possible, rather than a few becoming multi-millionaires while their community becomes an old age home. Everyone waiting to go in the road to the cemetery, with the kids selling to someone from Ontario to pay for a summer home.

This is the road we are on — mark my words. Can’t we agree to do something to change that?

No Replies to "PFHCB Rules Need to Change"