Purdy, 61, passed away on November 17. Born on February 27, 1960 in Rockville, he was the son of the late Frank and Doris (Earle) Purdy. He worked on the ocean, fishing for lobster and dug for clams in the summer.

Munroe, 61, passed away suddenly on November 17 at the South Shore Regional Hospital, Bridgewater. Born in Liverpool, he was a son of the late Harold and Margaret (Leslie) Munroe. He spent most of his working life as a self-employed lobster fisherman.

Robicheau, 72, passed away on November 5 at the Yarmouth Regional Hospital. Born in Yarmouth on January 7, 1949, he was a son of the late Lewis and Thelma (Saulnier) Robicheau. He worked as a scallop fisherman on the Tenacity 1 and the Cape LaHave from 1986 until his retirement in 2009, but still made the occasional trip when he was asked.

Fitzgerald, 89, passed away on November 4 at the Villa St. Joseph du Lac. He was born in Little River Harbour on March 13, 1932, to the late Ralph and Cedulie (Harris) Fitzgerald. Burt, as everyone knew him, was a veteran of the Korean War. He was a fisherman and painter for J.J. Saulnier.

Roy, 88, passed away on October 31 at the North Queens Nursing Home, Caledonia. Born in Liverpool, he was a son of the late Churchill and Essie (Matthews) Roy. He was a fisherman all his working life.

Ivey, 82, passed away on November 21 at the Alderwood Rest Home in Baddeck. Born in North Sydney on February 27, 1939, he was the son of the late Stanley and Mary (MacIsaac) Ivey.  He was employed in Ontario for a number of years before returning home to North Sydney in 1974, where he worked in maintenance at National Sea Products until his retirement.

Rose, 87, passed away on November 8  at the Cape Breton Regional Hospital. Born in North Sydney on September 4, 1934, he was the son of the late Arthur and Clara (Pieroway) Rose. He was employed as a stevedore with Marine Atlantic, retiring after 35 years of service.

MacDonald, 84, passed away on November 21 at the Souris Hospital. He was born into a farming family in Chepstow and started picking potatoes as soon as he could walk. After spending his early teens on the large farm, he and his brother, Melvin, headed for Toronto, but eventually found themselves back in Chepstow. The two bought an old boat for $5, repaired an engine they salvaged off the beach and began fishing. He went on to have a successful fishing career. 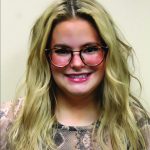 Amber was born and raised in the fishing community of Miramichi, New Brunswick. She moved to St. John’s, N.L. in 2014 to attend Memorial University where she completed a Bachelor of Business Administration in 2018. She has worked in a variety of positions and has developed a thorough knowledge of social media marketing through her work with the Saltwire Network, Educo Education Inc. and training with Hubspot Academy Social Media Marketing. Amber is looking forward to using her creativity to advance the marketing and social media presence for the TriNav Group of Companies. In her spare time, she volunteers at the SPCA where she adopted her cat Cleo and has recently rescued her five-year-old dog Piper. 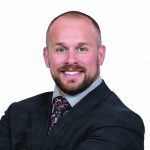 TriNav Marine Brokerage recently welcomed Chris Crowell onboard as its newest Nova Scotia-based Marine Broker. Chris grew up in Argyle, N.S. in the fishing industry. He worked as a fish plant labourer during his youth, as well as deckhand on several lobster boats, including his father’s. Later, he attended Saint Mary’s University where he earned a business degree in marketing. His most recent sales experience is with Unilever Canada as the regional manager for Atlantic Canada for its small format ice cream division, as well as its retail sales team leader. He moved into real estate in the spring of 2021, which has always been an area of interest he’s been looking to explore. When hiring Chris to broker your deal, you can do so with peace of mind, as he’s no stranger to sales, negotiations, budgets or the stresses of the industry. With your best interest in mind, Chris is here to make the sale of your boat, license or quota as seamless as possible, providing you with value and a proper return on your investment. 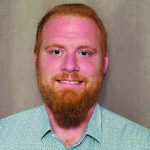 TriNav Marine Brokerage recently announced that Travis Long has joined its growing team in Nova Scotia. Travis was born and raised into a Christmas tree farming family in Antigonish county. Growing up, he resided between Guysborough County and Antigonish. He followed in his family’s footsteps working in the Christmas tree industry and then became a Christmas tree farmer himself at age 27. At the same time, he entered the fishing industry as a labourer. He started out as a fisherman’s helper in Guysborough County and later in Antigonish County. For the last four years, Travis has been the foreman for a snow crab unloading crew in Cheticamp, Cape Breton. He is excited to start a new career path with TriNav as a marine broker, focusing on Cape Breton, Antigonish and Guysborough regions.