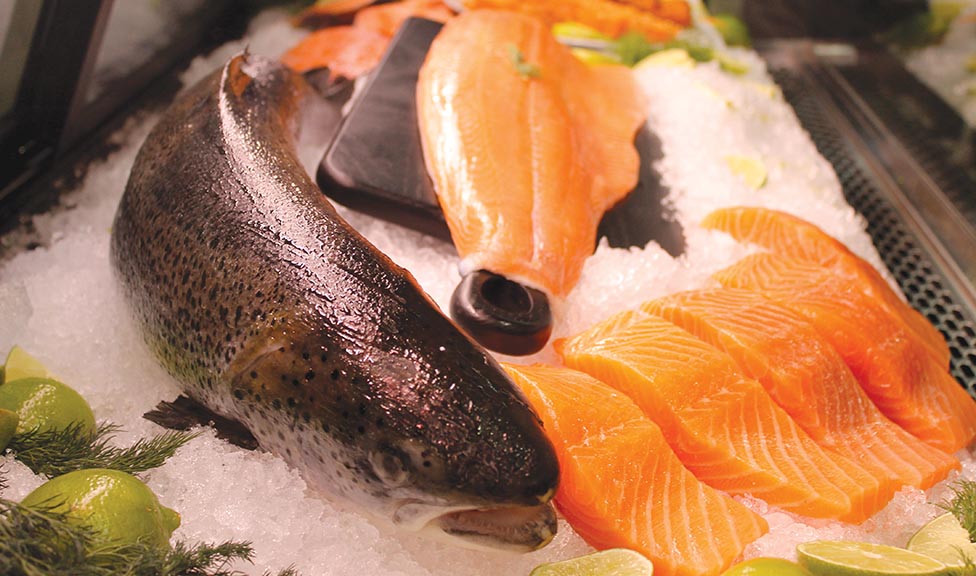 Despite Pandemic, Land-Based Aquaculture Looks Like the Chicken Revolution

While the market has reacted sharply to the changes in food distribution patterns due to the coronavirus pandemic, aquaculture investment has moved right along.

We are witnessing a disconnect between investment behavior and the real economy based on the surge of liquidity provided by the federal reserve and other governments. Despite grim employment numbers, investors are awash in low interest, zero interest or negative interest money provided by central banks to try and keep the various global economies afloat.

One consequence of this is that investments with a multi-year time horizon can look very attractive to those with resources who look beyond the pandemic.

The concept, which has historical truth behind it, is that within one to three years, the pandemic will be over and a more stable health environment will be reestablished and that government liquidity programs will continue into the foreseeable future.

In this context, changes in shrimp and salmon production that are taking place will revolutionize supply, price and distribution for these species, which together account for 40 per cent of U.S. seafood consumption.

The change is land-based aquaculture.

Current financial projections are that by 2031, the U.S. should see a supply of 331,000 tonnes of land-based salmon production. Similar volumes will be produced in Europe and a slightly smaller volume in Asia.

By comparison, total U.S. salmon imports in 2019 were 403,000 tonnes, including 200,000 tonnes of fillets. If converted to live weight, the total is approximately 600,000 tonnes. So, if the projections are accurate, total salmon volume would increase by 55 per cent in the U.S.

This implies a change in price and distribution.

Other issues for land-based salmon, such as water quality, off flavours and avoiding mass mortalities, are all solvable with experience and correct business practices.

Most of the major companies rolling out land-based production have seen these issues arise in their test programs and solved them. Whole Foods customers in the U.K. are already accepting the Danish land-based product and another start-up has secured contracts in Japan for sushi. These sales suggest that the flavour profile, texture and color of the fish is acceptable.

The salmon industry is highly integrated with large global companies, access to capital on the stock market and big national industries in Canada, Norway, Chile and Scotland. Shrimp farming is much more fragmented.

Although there are some large companies involved, such as CP Foods, Thai Union and Devi, these companies are not focused exclusively on shrimp (except Devi) to the extent that farmed salmon companies are focused on a single product.

Nevertheless, the growth of the shrimp industry has been driven by improvements in genetics, growth cycles and disease resistance, which were all adapted by farmers because the new brood stock and feed formulations offered an economic return.

Now CP foods is turning to a land-based system with a totally enclosed biosecure grow-out facility in Florida.

If successful, the shrimp production model could be replicated on a less expensive scale than the salmon land-based model, as the volumes do not have to be as high to gain efficiencies of scale.

Similar to salmon, the prices for the shrimp initially grown by CP in Florida will be higher than commodity shrimp. But this model has the potential to drive down costs.

Like salmon, the local production will save on transportation costs, but it also has the ability to supply fresh shrimp, as well as frozen.

The pandemic has not upended these plans in any way. If anything, the ability to access low or zero interest loans has accelerated the experimentation.

So, what does the future hold?

Years ago, when I worked at Baader, we looked at the growth of the U.S. poultry industry and wondered why it couldn’t be replicated in seafood. At the time, we were not focused on aquaculture so much as on efficiencies from large-scale production. It is one of the reasons Baader eventually went into the chicken processing business.

Now, combining the ability of aquaculture to produce reliably in a controlled land-based environment, the pieces for a large-scale expansion of seafood may be falling into place.

The limiting factor in both shrimp and salmon has been farm siting. In salmon, there is a ferocious competition for permits in suitable marine environments and issues with sea lice and algae have made net pen farming more expensive.

The shrimp industry expansion is definitely driven by new pond construction, as the level of productivity of ponds tends to decrease over time as environmental toxins and disease organisms accumulate. In India, new production is growing much faster outside the traditional shrimp province of Andhra Pradesh. With global warming, risks such as disease and weather-related farming problems are multiplying in traditional aquaculture.

Finally, the impact of these types of supply issues increase the market volatility.

A land-based system is potentially more stable over time and in an environment of uncertain supply, this also becomes a key value element.

Reflections on More Than 40 Years in the Industry

A Levelling of Our Competitive Advantage?

No Replies to "Despite Pandemic, Land-Based Aquaculture Looks Like the Chicken Revolution"