Increase in Turbot TAC for Nunavut

The Nunavut Offshore Allocation Holders Association (NOAHA) has stated it is pleased with the recent announcement by Fisheries and Oceans Canada (DFO) of an increase in total allowable catch (TAC) for Greenland halibut (turbot) in NAFO Divisions 0A and 0B. 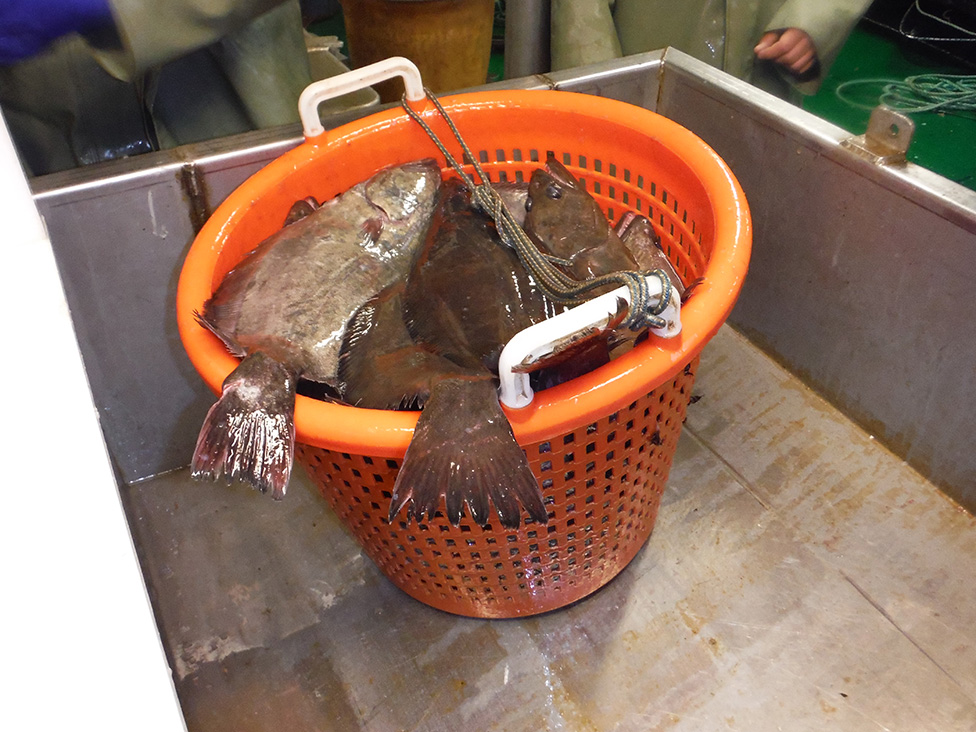 Sakiasie Sowdlooapik, Chair of NOAHA, stated “NOAHA thanks the DFO Minister for announcing this increase in TAC. We are very pleased that the Minister continues to recognize Nunavut’s adjacency in allocating these increases to Nunavut.”

The changes in quota for Nunavut will bring its share of the total adjacent turbot quotas in Divisions 0A and 0B up from 72.3 per cent to 73.9 per cent and provide an additional 1,092.5 tonnes of turbot for the industry to fish on an annual basis.

“Increases in our quotas show the health of this stock and the importance of continuing the multi-species surveys in our adjacent waters. This type of research is needed to ensure sustainability and continue to grow and diversify our fishery for the benefit of all Nunavummiut,” stated Sowdlooapik, “NOAHA looks forward to continuing to work closely with DFO and our other Nunavut stakeholders to further increase our share of adjacent turbot and shrimp resources and address other issues facing our industry.”

The Nova Scotia MLA for Queens-Shelburne Sterling Belliveau is preparing a Private Member’s Bill to strengthen Occupational Health and Safety regulations to mandate the workplace use of a personal flotation device (PFD) while on deck on the water.

The bill coincides with concerns raised recently by the chairperson of the Transportation Safety Board of Canada about weak standards for PFD use. “The fishery in Nova Scotia is a national leader in terms of its economic performance. We can also be a national leader in workplace safety,” Belliveau said.

Currently, Nova Scotia only requires that a PFD be worn when a “risk of drowning” is identified. In December, the chairperson of the Transportation Safety Board of Canada Kathy Fox identified that regulations requiring a PFD only when a risk is identified are not sufficient for fishers’ safety. Fox’s comments were in relation to a Transportation Safety Board of Canada report into a fishing tragedy in BC where three fishers who were not wearing PFDs died.

Nate King is a fisher who went overboard on Dumping Day 2015 in waters off Nova Scotia, while wearing a PFD.

“Some people might think it is unnecessary, but you never know when something could happen and you can end up in the water,” said King. “If including this in the regulations will save one life, then it is worth doing.”

Since 2010, 25 people have died fishing in waters off Nova Scotia, including eight in 2013 alone.

The Federation of Independent Sea Harvesters of Newfoundland and Labrador (FISH-NL) welcomed a recent hearing called by the Labour Relations Board over what it called the Fish, Food and Allied Worker’s Union (FFAW) failure to release its membership list of inshore fish harvesters.

“The lengths the FFAW has taken to inflate and withhold its membership list is yet another act of crookery,” says Ryan Cleary, President of FISH-NL. “We look forward to being able to dig into their list.”

On Dec. 30, FISH-NL presented an application to the Labour Relations Board to represent the province’s inshore fish harvesters, breaking them away from the FFAW. The application included 2,352 membership cards signed by inshore harvesters around Newfoundland and Labrador.

FISH-NL argues that number represents more than 50 per cent of all harvesters, the amount required to force a vote by the Labour Relations Board to ultimately decide which union will represent harvesters.

Cleary said in a press release that while the FFAW plans to provide the Labour Relations Board with its membership list, the union wrote the Board on Friday, Jan. 13, requesting that the list not be released to FISH-NL for fear the new organization may seek “retribution” against harvesters who didn’t sign membership cards.

Chinese investors may be looking to invest $90-million into the former Ocean Choice International shrimp plant in Port Union.

OCI turned the plant over to the municipality of Trinity Bay North in August 2016, six years after it was destroyed by Hurricane Igor. The town is looking for a new business — or several — to breathe new life into the facility.

While nothing is confirmed, investors from a company called Àr n-oileàn Resources are looking at using the facility as a seal processing plant. 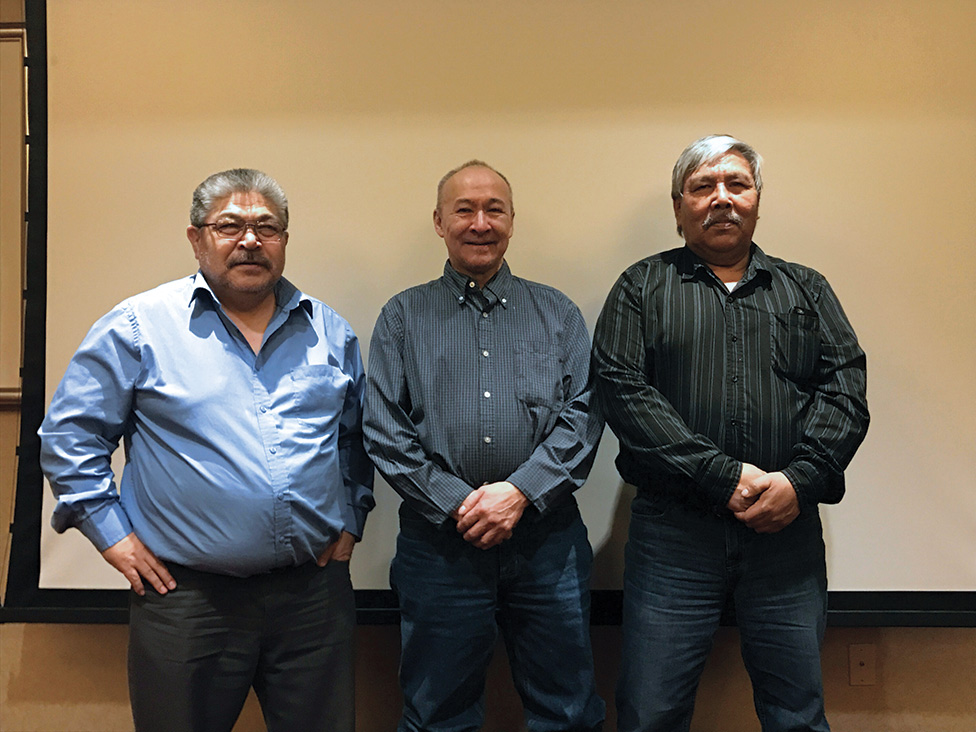 NOAHA has appointed a new executive team consisting of:

NOAHA is actively pursuing several issues that will increase the economic benefit of commercial fisheries to Nunavut, including increasing Nunavut’s share of allocations in its adjacent waters, funding for Inuit fishing organizations, increased development of community-based inshore fishing activity, and continued improvement to marine training programs and marine scientific research in Nunavut.

NOAHA recently retained Brian Burke in the position of executive director to help advance these issues. His role will be to promote the membership’s joint interests in accordance with the association’s by-laws and direction from NOAHA’s board of directors. Brian has extensive experience in Nunavut’s and Atlantic Canada’s fisheries.

Norwegian seafood exports rose by 23 per cent in 2016 from a year earlier to a record of 91.6 billion Norwegian crowns ($10.59 billion), the state-owned Norwegian Seafood Council (NSC) reported recently. Higher sales were driven by lower salmon supply, rising demand and a weak currency, it said.

Fisheries Minister Per Sandberg said the country’s fish farming industry will continue to grow. “The world is crying out for Norwegian fish. Demand for seafood from Norway is rising more rapidly than the industry can deliver,” he said in a separate statement from the Ministry of Trade, Industry and Fisheries.

The value of salmon and trout exports, the single biggest category, rose by 31.4 per cent to 65.3 billion crowns despite a volume decline of 3.5 percent, NSC data showed. The average price of salmon was 60.11 Norwegian crowns per kilo in 2016, up 40 percent from 2015, Chief Executive Officer Renate Larsen of the NSC told a news conference.

White fish exports, including cod, rose six per cent from a year earlier to 13.8 billion crowns in 2016, while volumes grew by seven per cent.

“Demand has never been so strong despite record high prices in some categories”, Larsen said.

Composites One recently announced that it has closed on the purchase of Canadian-based BMB Solutions Composites, a leader in supplying composites materials to the Canadian aerospace and advanced composites markets.

With this acquisition, Composites One will be able to offer its extensive product line, unmatched technical support, an expanded advanced composites team, and dependable, local service to more customers in Canada.

Serving the entire composites marketplace including construction, custom fabrication, marine, transportation, and aerospace markets, Composites One will now be in a better position to provide innovative and unique quality products and services to composites manufacturers, and in particular, those in the advanced material space. The transaction further solidifies Composites One as the leading composites materials supplier in North America.

“We are looking forward to combining the experience and values of both organizations and creating an even stronger platform to service Canadian customers who produce products using advanced and traditional composites products. We will continue to work diligently to position ourselves as the supplier of choice by partnering with customers to help them grow their business,” commented Leon Garoufalis, President and COO of Composites One.

BMB Solutions is a leading supplier of composite materials and ancillary supplies in Canada. BMB has two locations, one in Quebec and the other in Ontario and its principals have been supplying Canadian aerospace and industrial manufacturers for more than 10 years.

More Misinformation About the Seal Hunt